Nobody could have predicted how Prince Charles and Princess Diana's love story would end, since it was really epic.

The narrative deepens further when it is discovered that Princess Diana was the one who initially cheated on Prince Charles.

Princess Diana was the first to cheat on Prince Charles, according to In Touch Weekly, and she did it four times throughout their marriage.

Prince Charles clearly bore the brunt of the public's wrath as a result of his infidelity, but the public was unaware that the Princess of Wales had backed out of their marriage.

Despite this, the future King never spoke badly of his ex-wife after she died.

There's a reason why the Duke of Cornwall didn't inform anyone about his ex's affair.

Prince Charles' former personal protection officer, Allan Peter, was the one who informed the prince that his wife was having an affair with Barry Mannakee.

Allan said, "Perhaps Princess Diana acted on instinct after hearing what Prince Philip said about their marriage - that if Prince Charles' marriage to the Princess of Wales didn't work out, he could go back to Camilla [Parker Bowles] in five years."

When she learned of this, the mother of two became persuaded that her husband was already cheating on her, prompting her to covertly seek Barry.

"In a sense, Charles drove Diana to find comfort in another man's arms. She betrayed her vows at least four times."

When challenged by Prince Charles, Princess Diana allegedly rejected the claim of her romance, but subsequently acknowledged to it.

Princess Diana had covert romances with James Hewitt, James Gilbey, and Oliver Hoare while still married to the Prince of Wales, according to Harper's Bazaar.

The actual reason Prince Charles avoided discussing his ex-girlfriend and their secret romance was because it would hurt his ego and provoke his fears.

According to a source who spoke to In Touch, "He was young and insecure. Times were different, and he felt emasculated that it didn't look good for the future King's wife to be two-timing him with her bodyguard."

"It damaged his ego, also, because Diana was so popular, and he would've looked petty." 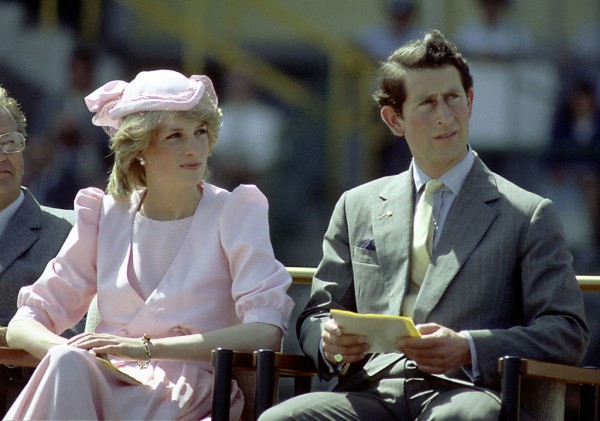 The Truth About Cheating Allegations

Take In Touch Weekly's report with a grain of salt for the time being.

Unfortunately, no one could confirm or deny what occurred on their marriage all those years ago since the British royal family also has a policy of keeping their dirty laundry concealed from the public eye.

READ MORE: Meghan Markle, Adele 'Friends': Did The Duchess Convince Singer To Do The Oprah Interview?

Tags: Prince Charles Princess Diana royal family royal uk royal update
© 2022 EnStars.com All rights reserved. Do not reproduce without permission.
Most Popular
You May Also Like

Sarah Ferguson Desperate: Duchess Of York Pleads With Prince Charles To Save Her From Prince Andrew's Scandal?

In the aftermath of her ex-husband Prince Andrew's embarrassment, Sarah Ferguson is making an emotional appeal to Prince Charles.

Is Prince Harry and Prince Charles finally resolving their rumored feud and finally clearing the air?

Prince Harry and Meghan Markle are reportedly going broke as their bills are starting to pile up and the only way to get out of their financial problem is by asking Prince Charles for money; could this be true?

Princess Diana's brother, Earl Charles Spencer, and Prince Charles reportedly had a heated argument over the telephone amid the late royal's funeral.

Kate Middleton has been the main character of most headlines following her full potential as the future Queen Consort, yet there are things that she may not experience compared to Queen Elizabeth.

Prince Charles is reportedly having a 'flirtatious relationship' with a famous celebrity leading his wife to feel anxious and jealous; could this be true?

A former royal aid reveals how Kate Middleton reacts whenever something wrong happens during royal events and engagements.

Prince Charles Heartbreak: Prince Harry Letting Down Future King By Doing THIS In His Bombshell Memoir

Prince Harry is not yet done in delivering shocking statements that he reportedly aims to embarrass Prince Charles through his bombshell book.

Prince Charles To Remove Key Royal Once He Becomes King?

When Prince Charles becomes King, who will he dismiss this one royal from The Firm?