We THINK the rollercoaster ride that is the relationship between rappers Drake and Ye (formerly Kanye West) is actually, finally over. The latter posted a photo on his Instagram of the pair together yesterday, sending shockwaves through both of their online spheres.

The two rappers, once friendly collaborators, have been on shaky terms for nearly a decade, trading barbs back and forth in their songs with each new album release and even bringing friends, like Pusha T, into the ring with them.

It actually seemed to some like these two were about to reach a reconciliation back in July, when rumors about them collaborating on each others' work again began to surface. That hope was quickly quashed, however, as the two began having public beef over album release dates, culminating in more exchanges of pointed lyrics.

For his part, Ye added this lyric to one of his songs at a release party:

"Move out of the way of my release/ Tryna get me off my Qs and Ps/ Why can't losers never lose in peace? Ain't nobody 'round me losing sleep/ Better find God 'fore he find me."

In what seemed to be a response, on a verse that Drake did on the Trippie Red song "Betrayal" later that month, he said:

"All these fools I'm beefin' that I barely know/ Forty-five, forty-four (Burned out), let it go/ Ye ain't changin' shit for me, it's set in stone." Given that that's the age of Ye and most of his friends, fans assume that that's who he was referring to.

This did seem to upset the rapper, as he then sent an antagonized message to a group chat of what looked to be the other rappers involved in the beef, promising them that they will "never recover."

For all of that, though, it seems like the one thing that is bringing them together may be a cause greater than themselves. Early this month, Kanye invited Drake to join him in a concert to bury the hatchet in honor of 70-year-old former gang member, Larry Hoover, who they think has spent enough time in prison relative to his crimes. He said on Instagram:

"I'm asking Drake on December 7 to join me on stage as a special guest to share the two biggest albums of the year, live in Los Angeles, with the ultimate purpose being to free Larry Hoover. I believe this event will not only bring awareness to our cause, but prove to people everywhere how much more we can accomplish when we lay our pride to the side and come together."

Fast forward to last night, and it looks like his plea may have been heard, because 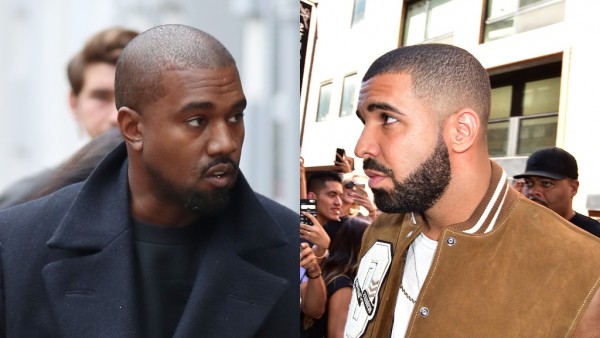 So barring any unforeseen circumstances, it looks like fans of the original team-ups between Early Drake and Kanye are going to get a chance to see them perform together again after all - let's just hope that this time, the hatchet stays buried.

Tags: Drake Kanye West dave chappelle
© 2022 EnStars.com All rights reserved. Do not reproduce without permission.
Most Popular
You May Also Like

We Hope You're Ready For The Return Of The OG High School Soap Opera: They're Rebooting Degrassi Again

This is actually the sixth reboot of the series, which was a watershed drama that became an integral part of tween and teen culture in the early aughts of the 21st century.

After Maralee Nichols alleged that Kylie Jenner slept with Drake last year, many fans rallied and shared their thoughts on the situation online.

Astroworld Festival: Drake Did THIS and Spent $1 Million Following The Tragedy

Travis Scott and Drake were photographed at an afterparty after the Astroworld Music Festival was canceled for the second night, prompting criticism.

Live Nation, the organizers behind Astroworld Festival, could possibly dodge legal woes due to the waivers they implemented for concertgoers, but there's one big problem.

After the Astroworld Music Festival catastrophe in Houston, Texas, Travis Scott and Drake reportedly dashed to their 5-star hotel, packed up and left.

Drake Almost Left ‘Degrassi: The Next Generation’ and Filed a Lawsuit - Why?

According to the show's writer, Drake's Character in "Degrassi: The Next Generation" was confirmed to be altered based on the artist's request.

Kanye West Just Beats Drake By Doing THIS -- Fans Ask 'What Does Ye Know About This?'

Kanye West is planning something major - and he beat Drake to it immediately.

Drake turned into a controversy-magnet following the release of his "Certified Lover Boy" album after R. Kelly made it to the eighth track.

Kanye West vs. Drake New Album: If Not Same Date, Who Will Drop It First?