It was a big night for Scarlett Johasson when she became the 35th awardee of the American Cinematheque Award. A great honor in and of itself, though one of the presenters of her accolade may have made bigger news in terms of Johasson's career.

Marvel Studios President, and mastermind behind some of the most popular franchises on the planet, Kevin Feige was one of the presenters who were there to honor Scarlett let slip about her possible involvement in a "top secret Marvel Studios project" which she will be spearheading for as a producer. This would not be the first time she has been given this title, as she was the first female to become executive producer on a Marvel film, namely Black Widow.

Feige had this to say to those in attendance,

Scarlett has lent her talent and star power to the Marvel Cinematic Universe for over a decade. That she's chosen to play a key part in it for so many years, I am extremely grateful for. Working with [her] has truly been one of the most memorable and rewarding collaborations of my career. 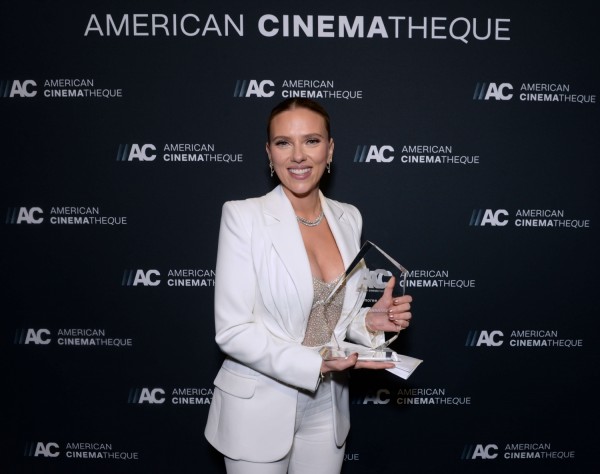 It seems that this deal will act as the olive branch to smooth over the rift between Johansson and Marvel after she sued the studio in July. In the lawsuit she alleged the studio broke contract when they released her final MCU film Black Widow simultaneously in theaters and on the popular streaming platform Disney+ during the Covid Pandemic. By doing so the studio cut into profits she would have made from a solely theatrical release. According to sources from Deadline, the suit was settled, garnering Johasson a cool $40 Million dollars when all was said and done.

Only time will tell what this secret project will be but if the MCU and Scarlett Johasson's track records are any indication, it will more than likely be a big hit for both.

Tags: Scarlett Johansson kevin feige MCU
© 2022 EnStars.com All rights reserved. Do not reproduce without permission.
Most Popular
You May Also Like

The final trailer for the highly anticipated animated film Sing 2 has finally been released.

The actress' spokesperson announced the news. It is unclear from the statement however, when the baby was exactly born.

Black Widow's Death on 'Avengers: Endgame' is More Tragic Than Expected -- Here's Why

Black Widow sacrificed her life during "Avengers: Endgame," but her death was more tragic than what people initially witnessed.

Tom Cruise is among the celebrities who protested against HFPA, the actor recently returned his three Golden Globes trophies and it sparked mixed reactions from Twitter users.