After the success of their last single 'Sorry', Rofi James return with their latest song 'Berlin Wall'. The song was written during Ireland's initial lockdown during the Covid 19 pandemic. Berlin Wall "is a song about the desire to escape the monotonous routine and daily troubles of life during a pandemic. 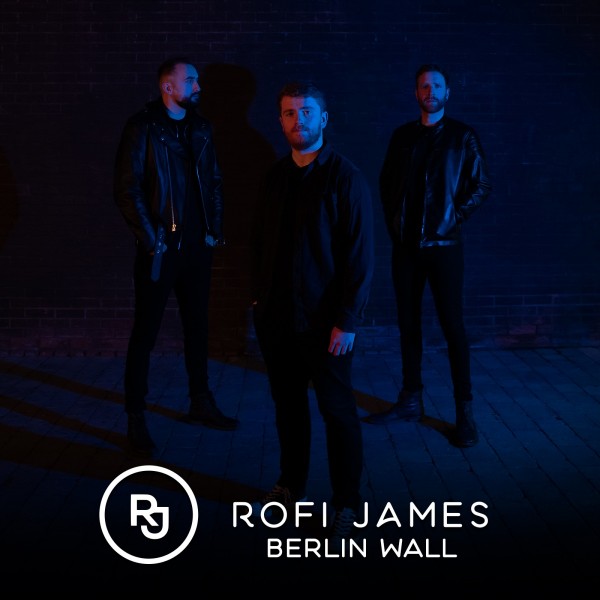 The song was written by Ronan Flaherty, Jamie Murray and Joseph Flaherty, and mixed and produced by Dave Skelton. It was then mastered by Fergal Davis (Muse, Republic of Loose, The Divine Comedy). In the band's own words, "Berlin Wall is about getting away from it all, longing for a break from the daily routine that one experiences when one is locked up, the familiar surroundings and the daily routine of living in a pandemic to escape in the hope of catching another glimpse of normalcy ".

Since releasing their debut single in 2016, the Galway-based band has performed with established acts such as Ryan Sheridan, Picture This, Wild Youth, Pa Sheehy (Walking On Cars) and The Riptide Movement. Other notable appearances include appearances at the Electric Picnic, Fever Pitch and Riverfest festivals, where Rofi James co-headlined alongside LE GALAXIE and Hermitage Green.

Rofi James' previous live headline shows include several sold out shows at The Loft Venue Galway and the 7-day Galway 2020 Capital of Culture Fire Festival Tour, which spanned all of County Galway, Ireland, with outdoor shows in Clifden, Spiddal, Tuam, Balliansloe, Portumna and Athenry, where he performed in front of over 15,000 people, with a final show in Galway City in front of about 50,000 spectators that fell victim to the unpredictable Irish weather.

Rofi James is at home on the radio and has over 4 million views on Irish radio and 220,000 streams on Spotify, with regular airplay on national channels such as RTÉ 2FM, iRadio, Beat 102103, Red FM and many other channels in America and Europe.

With the band nearing the completion of their debut album, due to be released in 2022, 'Berlin Wall' is the first of many singles planned for the coming months.

Berlin Wall "will be available on all digital platforms from November 26, 2021.

Tags: Music pandemic Spotify
© 2022 EnStars.com All rights reserved. Do not reproduce without permission.
Most Popular
You May Also Like