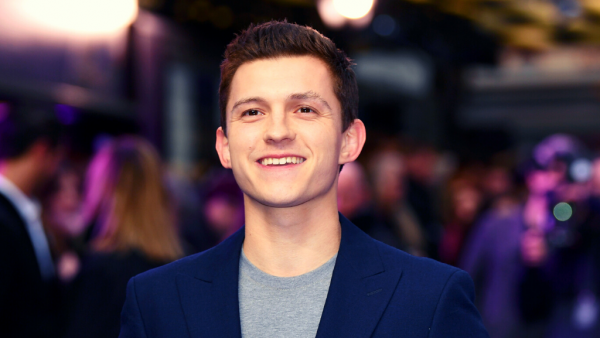 "We are getting ready to make the next Spider-Man movie with Tom Holland and Marvel. We're thinking of this as three films, and now we're going to go onto the next three."

This basically means that the oft-tenuous relationship between Sony and the MCU as they collaborate on the Spider-Man films is becoming a little more firm - and a little more amicable. As they say though, every action has an equal and opposite reaction, and apparently that goes for stuff like this too: While those behind the scenes may feel more secure in the direction they're headed, fans of Spider-Man and the MCU had several qualms about this announcement.

One of the biggest issues that fans pointed out is that, based on things Holland has said previously, they'll have to film those three upcoming movies awfully quickly.

They have to finish shooting those 3 films in 5 yrs cuz.. pic.twitter.com/wo2yAxMCnb

Holland, now age 25, has been doing Spider-Man movies for six years, and as an actor who got his start as a young prodigy (he starred in the musical Billy Elliot as a child), he knows playing one superhero his whole life just isn't gonna cut it.

"Maybe it is time for me to move on," the star told GQ in November. "Maybe what's best for Spider-Man is that they do a Miles Morales film. I have to take Peter Parker into account as well, because he is an important part of my life...[but] If I'm playing Spider-Man after I'm 30, I've done something wrong."

According to his co-stars, Holland has other ambitions, including perhaps playing James Bond one day - but the longer he sticks around as Spider-Man, the harder the label will be to shake.

Pascal has already enthusiastically vowed: "I'm never going to make Spider-Man movies without him." So, it seems that the future of the MCU's Peter Parker, as well as the direction of the MCU as a whole, in a certain sense, is in the hands of Tom Holland - though that's not to say that fans don't have opinions.

Some fans would be overjoyed if Holland decided to stay on forever:

HE IS HERE TO STAY pic.twitter.com/5KjZAUAdqS

Some others were decidedly NOT happy about it:

Others reacted with ideas for new characters or transition plans to new heroes:

I wouldn’t be opposed to that. When the character is 30, have Mayday be born so when Peter is around 45-50, she becomes an adult and becomes Spider-Girl

Please, make a personal history about Spider-Man in this New Trilogy

I don't want public identity, i want a Alone Peter Parker trying to rise himself up after No Way Home

Maybe get Black Cat in one of the movies?

In addition to these tweets, the character Miles Morales from Spider-Man: Into The Spider-Verse was another popular contender for "Next MCU Spider-Man."

Still others contend that the whole interview is a misdirect, citing similar interviews ahead of Avengers: Endgame surrounding Robert Downey Jr.'s future with the MCU:

There's clearly a lot still up in the air, and that's almost always how Marvel seems to want it when we're coming up on a big release. Fans will get to find out more about the future of Tom Holland and the MCU when Spider-Man: No Way Home swings into theaters December 17.

Tags: Tom Holland Marvel MCU
© 2022 EnStars.com All rights reserved. Do not reproduce without permission.
Most Popular
You May Also Like

Tom Holland, Andrew Garfield, and Tobey Maguire, came together for an interview with Deadline's Pete Hammond about playing the iconic character.

Unmasking The True Villain: Why Are Major Studios Like Disney And Marvel Doing Away With 'Bad Guys?'

Are there really any villains anymore? That's the question that cinema these days seems to be asking - and the answer may be in films like 'Spider-man: No Way Home' and 'Encanto.'

Multiple sources have talked about who will become The Academy Awards' first host after three years, and the public is informed who the possible stars for the role.

The Oscars have announced that they will have a host for the first time in three years, and fans want a repeat performance from Ricky Gervais - who, ironically, thinks the Golden Globes are donezo.

Zendaya's Ex-Boyfriend Jacob Elordi Wants Another Chance? Tom Holland Should Be Quaking In His Boots

Is Zendaya going to have to pick between two men?

Andrew Garfield Can FINALLY Talk About 'Spider-Man: No Way Home,' And Apparently Tom Holland Was Jealous Of His Suit

By this point, it's safe to say anyone who cares already knows that Andrew Garfield and Toby Maguire were in Spider-Man: No Way Home, so they can finally spill about working together.

Tom Holland Explains How Playing PS5 On Set Of 'Spider-Man: No Way Home' Led Him To 'Uncharted' Territories With Mark Wahlberg