This is no laughing matter!

Music-streaming giant Spotify has pulled the albums of many stand-up comedians from their platform. This includes the work of hilarious icons Tiffany Haddish, Kevin Hart, Robin Williams, John Mulaney, Patton Oswald, Jim Gaffigan, and many others. The reason? Comedians across the country have found themselves locked in a Taylor Swift-Style battle for proper compensation for their work.

They asked to be paid for their content the same way a musician would be. Comedian Liz Miele tweeted out:

All my albums were removed from Spotify bc we (comedians big & small) had the audacity to ask for money owed to us. I’m pretty much Taylor Swift now! https://t.co/dujsc3e6Ll pic.twitter.com/0reUR7HEkm

Taylor Swift herself was in a similar rights battle with Spotify in 2014, removing all of her work from the service, until 2017, and Taylor Swift basically runs the world now. So, these may the first signs of an upcoming comedy take over.

Spoken Giants, "the first global rights administration company for the owners and creators of spoken word copyrights," has been leading the charge for fair compensation. The company represents a handful of the performers affected by the current backlash.

In in interview with CNN, the company's CEO Jim King explained that:

Spotify removed the work of individual comedians rather than continue to negotiate...With this take-down, individual comedians are now being penalized for collectively requesting the same compensation songwriters receive...After Spotify removed our members' work, we reached out but have not received a response. We have now requested an immediate meeting to resolve this solution.

There was minimal communication from Spotify before they started taking content down. At the start of the service's power-grab, comedian Mike Birbiglia tweeted,

Random question: Does anyone know why some of the Comedy Central albums got taken off Spotify? 3 of mine are gone, some of Mulaney’s, one of Attell’s, but then some are still there— like Hedberg. Anyone know about any rights things happening behind the scenes with comedy albums?

Comedians deserve to be properly compensated for their content. The time, energy, and effort it takes to write, produce, and perform a comedy special is, at the very least, equal to that of musicians. Furthermore - especially for these streaming services - comedy is profitable.

Within the last five years, what was formerly a somewhat counter-culture field has burst the the forefront of mainstream society. Big-name companies such as Netflix, HBO, (and, until recently, Spotify), as well as shows about the comedy scene such as Pete Holmes' Crashing, the award winning Hacks, and the game-changing The Marvelous Mrs. Maisel, have piqued pop-culture's fascination with comedy, specifically stand-up comedy more than ever. In fact, Netflix just recently announced the Netflix is a Joke: The Festival, a major celebration of comedy featuring 130 comedians. 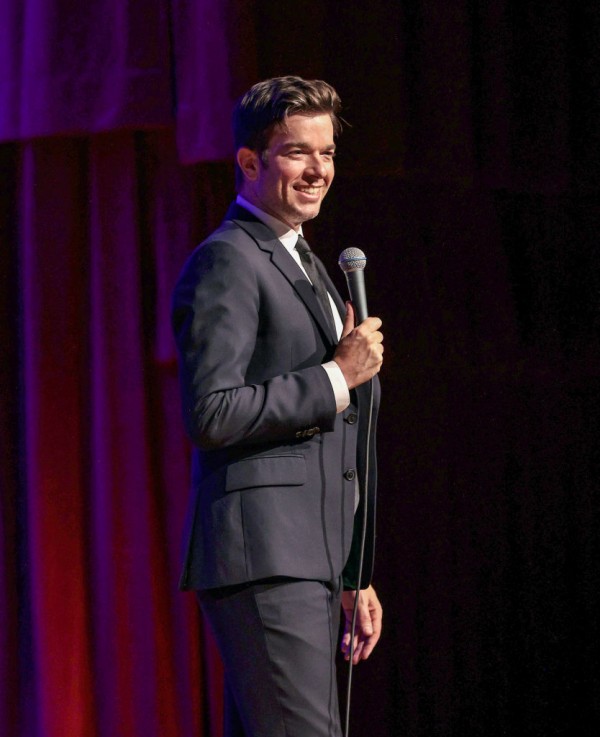 We do not yet know if the removal of these albums is permanent or simply a temporary negotiation tactic. A Spotify spokesperson said that, from their perspective, the company has already paid comedians, "significant amounts of money, and would love to continue to do so."

The outcome of this legal battle will likely reinvent the standard for comedian compensation and royalty standards for comedians going forward. (No pressure though!) But what would this high stakes situation be without a little comedy?

Comedian Gianmarco Soresi, in light of what his fellow comedian Joe Zimmerman called a "corporate bullying" move, tweeted out:

Is comedy gone from Spotify for ever? Only time will tell. (And us. We'll tell you when we find out!) In the meantime, The work of many of the comedians removed from the platform can still be found on Pandora, Sirius, and YouTube.

Tiffany Haddish recently appeared on 'The Tonight Show Starring Jimmy Fallon' where she opened up about her shocking DUI arrest.

Comedian Tiffany Haddish Opens Up About Her Want To Adopt

Tiffany Haddish Wants To Be A Mom And Is Talking Adoption

Tiffany Haddish In Trouble After Doing This Behind Wheels, What Happened to the Comedian? [Report]

Tiffany Haddish has just put herself in trouble as she got arrested for DUI charges, according to the police.

You NEED an Invite to THIS After Party! Trailer for the New Apple TV+ Series 'The After Party' Starring Tiffany Haddish Just Released!

Okay, so you probably wouldn't want to BE at this after party, but you DEFINITELY don't want to miss this new series!

It appears that Cyrus was performing a musical number at one point, for which she changed into a gorgeous off-the-shoulder black dress with abstract cutouts. Davidson, meanwhile, looked dapper in a full suit.

As eclectic as it seems that a group including that many seemingly unlinked celebrities may seem, it was really just a 'let's grab a drink after work,' kind of thing, because they're all working together on a movie right now.

Disney is out in the orchard picking stars off the trees again, now adding Danny DeVito to the growing list of stars about to remake Disney's 2003 flop, 'Haunted Mansion.'

Tiffany Haddish recently confessed how Nicolas Cage contributed to one of her first-ever sexual experiences.