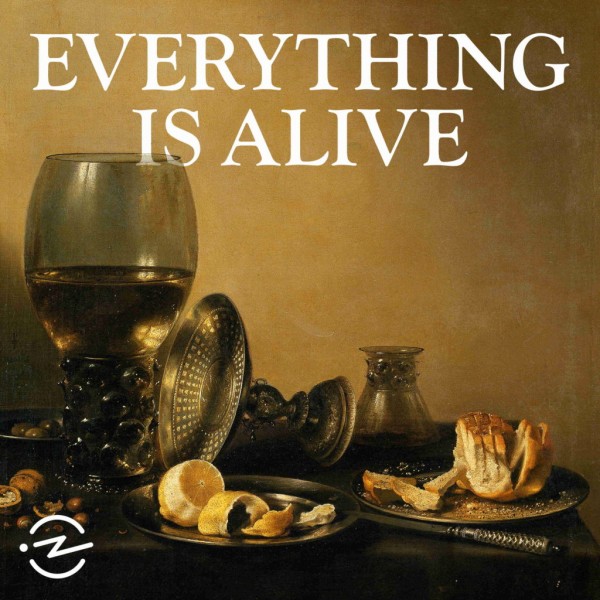 But firstly, Dax and Alesha have some podcast recommendations for us. First up, Dax recommends only the oddest of pods with Radiotopia's "Everything Is Alive." Host Ian Chillag interviews inanimate objects, anything from a sock named Sal, a vending machine named Vinny, and a tattoo that is about be removed from the body it currently decorates. Everything tells its own life story, sometimes with the help of its owner, in this shockingly charming podcast that's unlike anything else out there.

Alesha's pick is a podcast called "The Secret Room." In it, she describes that listeners somewhat take the place of a priest in a confessional booth as guests reveal the true stories they've never told before. From petty crime to becoming a target of the Mafia, each episode is filled with secrets that have never been heard before now.

Dax is delighted to have his "podcast wife" meet his "podcast husband" as he puts it. He and Adam Glyn host "Hollywood Raw," a podcast all about the people in front of and behind the cameras. Dax, an entertainment news veteran, and Adam, a New York City photojournalist, both love the business of Hollywood, which seems to be what "Hollywood Raw" boils down to.

The two also love to interview the paparazzi, who they say have the most interesting stories from their time in the field. Dax and Adam explain that the paparazzi have very different relationships with celebrities than anyone else in Hollywood, and those are the juicy stories they want to track down.

Adam is used to short, two-minute interviews on the streets of New York City with celebrities while he works for TMZ, so what he enjoys most about "Hollywood Raw" is having longform interviews with people about the business of Hollywood. They love hearing how celebrities will take advantage of the paparazzi and vice versa, audition processes for their biggest roles, and how all the gears of Hollywood turn to pump out megastars.

They've had on guests like Tiger King's Carole Baskin to Hulk Hogan's daughter, Brooke Hogan, but the two say that they just want anyone who is interesting to be on their show. The two dive into their episode with Kristen Doute, who was fired from Vanderpump Rules for making racist remarks. Dax and Adam held her feet to coals for it, ending up with a surprisingly great interview. They also found out that Doute learned she was fired when everyone else did; when the press release came out.

As for podcasts that they are listening to right now, we already know all of Dax's picks, but Adam recommends "Are You Garbage?," a podcast from two comedians who put guests to the test to determine if they are "garbage." He is also listening to Kyle Forgeard and Bob Menery's podcast "Full Send Podcast," who literally just interviewed Antonio Brown about why he stormed off the field during the Tampa Bay Buccaneers game last week.

To wrap it all up, Alesha has some true crime for us. She recommends "Fake Heiress," a true crime podcast that presents the story to us by way of a scripted series. The podcast follows the story of Anna Delvey, a wealthy German heiress who was raising money for her foundations before she was destined for her inheritance of $67 million. Only, she wasn't a German heiress, she wasn't coming into $67 million, her name was not Anna Delvey, and she was defrauding a lot of people. Hear the full story on the six-episode podcast series, "Fake Heiress."

That's all the sauce we've got for you this week, be sure to check back next week for more podcast recommendations.

RELATED ARTICLE: Ellen Pompeo Reveals Her Dream Podcast Guest: 'Isn't That Who We All Want to Sit Down With?'

Tags: hollywood podcast Celebrities
© 2022 EnStars.com All rights reserved. Do not reproduce without permission.
Most Popular
You May Also Like

Geena Davis is not being shy about the disadvantages of winning an Oscar as a woman in Hollywood: 'They wanted to make sure I knew my place.'

Entrants Have a Chance to Own Original Artwork by Rising Japanese Contemporary Art Star, Jenny Kaori, or by Renowned Artist, Hiro Sugiyama.

Sarah Adina Smith No Longers Needs To Compete In Hollywood

Sarah Adina Smith, the writer and director of the new movie Birds of Paradise gave us an exclusive interview where we talked about the nature of competition in Hollywood, and in life, today.

Twitter users call out Hollywood screenwriters, directors, and producers on their obsession and out-of-hand fetishization of serial killers in recent years.

Dr. Dre was overwhelmed with a ton of love and support from fellow musicians, celebrities and fans after suffering from brain aneurysm.

Can people imagine seeing their favorite movie character being played by someone else?

Prince Harry and Meghan Markle are about to get another spotlight in Hollywood.