A new comedy is coming to Paramount Pictures, and you will be counting down the days until you see it!

Rapper Kendrick Lamar, Dave Free, Matt Stone, and Trey Parker have joined together to produce a live-action comedy film for Paramount Pictures. From Stone and Parker's experience on South Park we can be certain that this comedy will be a hilariously irrevereant masterpiece. The untitled film was written by Vernon Chatman. It follows the story of a black man who plays a slave in a Civil War reeneactment at a living history museum. Through this job he comes to learn that his girlfriend's family once owned his family. While a cast and director have not yet been attatched to the project, we can be sure that this will be an unmissable cinematic event. 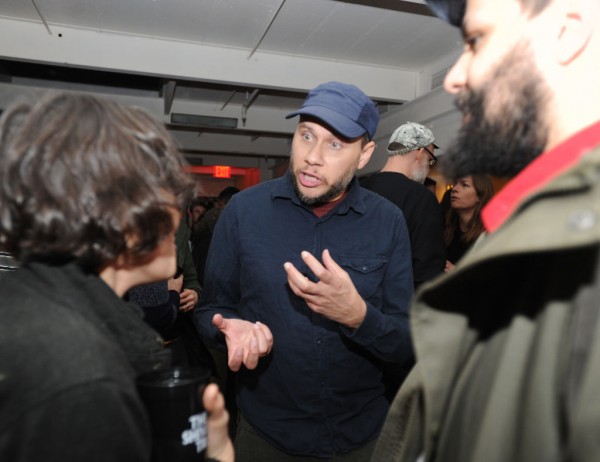 The confidence surrounding Chatman's script is warrented. He has won four Emmy and Peabody awards for writing. His expertice at his craft is apparent in his other works such as The Shivering Truth and Wonder Showzen. Wonder Showzden was known for its irreverent humor. Some episodes of the show never made it to air. In an interview Chatman once reflected on an episode that was never seen by the public eye. "It was like a little kid crying after a whole thing about veterans being treated like garbage and everything. And then we had the image of a burning flag, animated in the reflection of a child's tear, and they cut that." We can be certain that Chatman has written this same flare into this new untitled script!

Tags: kendrick lamar Dave Free Matt Stone Trey Parker Vernon Chatman
© 2022 EnStars.com All rights reserved. Do not reproduce without permission.
Most Popular
You May Also Like

In a first for music fans, Dr. Dre, Snoop Dogg, Kendrick Lamar, Eminem, and Mary J. Blige are set to perform on the same stage for the 2022 Super Bowl Halftime Show.

Eminem Makes Shocking Pick for 'Best Rapper' of All Time -- Tupac, J. Cole or Who?

The hip-hop industry boasts several award-winning rappers. Eminem, for his part, cannot seem to choose the best of all time among them.

No Ja Rule and 50 Cent, people are no longer that interested.

Almost two years after the success of the movie "Black Panther," The Weeknd and Kendrick Lamar are facing legal troubles over the Marvel Studio film's soundtrack single.

Black Panther Is The Most Tweeted-About Movie: Check Out The Top 3 Retweeted Posts

'Black Panther' is not just a box office hit but a Twitter hit as well. A report revealed that the film is the most-tweeted film for 2018 with over 35 million tweets thus far.

Enstars is prepared to celebrate the 2018 Grammy Awards. In part two of our series, we predict the winners in several highly contested categories such as Album of the Year and Best New Artist in the R&B and Country categories.

Kendrick Lamar, U2, And Dave Chapelle Will Take The Stage At The 2018 Grammys

On Thursday, E! News confirmed that Dave Chapelle, U2, and Kendrick Lamar will open the 2018 Grammy Awards. The show will commence at Madison Square Garden at 7:30 p.m. on CBS on Sunday.

Kendrick Lamar and SZA fans will be excited to know that the rapper will headline Top Dawg Entertainment's first label tour. TDE's 'The Championship Tour' will kickoff this summer on May 4th.