When it comes to Jennifer Aniston, she's one Hollywood actress who has done it all, seen it all and heard it all. That's probably why her former 'Friends' co-star Aisha Tyler remembers the advice she gave her ten years ago until this day, in which the brunette beauty told her that she simply needs to be prepared to get her heart broken over and over again.

According to Time Magazine on Wednesday, Tyler says that it was Aniston's words that struck a chord with her the most when it came to Hollywood and the on-going struggle actresses have with sexism.

She recalled, "When I was on Friends, I was up for this really big movie. I didn't get it and was so heartbroken. I got to work and was bummed. I was in the kitchen talking to Jennifer Aniston, and she said, 'Look, that's never going to go away. No matter where you are in your career. You're always going to lose stuff to other people. You're always going to get your heart broken. So you need to just find a way to have it not be that important.'"

And it looks like Tyler is now using that same advice for young, aspiring girls in the industry today. She credits Aniston for giving her the ability to share her own struggles with the world.

Tyler guest starred on Friends back in 2003, when she played Ross' (played by David Schwimmer) girlfriend Charlie.

Keep up with Enstars for all the latest news on Aisha Tyler, Jennifer Aniston and all of your favorite celebrities right here. 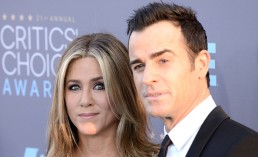 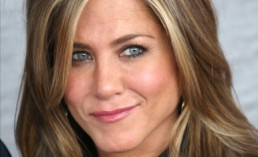