Using his trademark rhetoric, Republican front-runner Donald Trump trained his guns on China on Sunday, strongly bashing the Asian nation's trade policies. In his speech during a rally in Fort Wayne, Indiana, Trump further compared the United States' massive trade deficit with China as something akin to sexual abuse.

"We're going to turn it around. And we have the cards, don't forget it. We're like the piggy bank that's being robbed. We have the cards. We have a lot of power with China. We can't continue to allow China to rape our country, and that's what they're doing," Trump said.

Trump's statement emphasizes the frontrunner's stance on China's economic strategies. Over the course of his campaign, Trump has repeatedly called out China over its manipulation of its currency in order to make its exports much more competitive. Apart from this, Trump has also cracked down on Chinese firms taking over manufacturing jobs for American companies.

Apart from this, Trump also proposed imposing tariffs on American goods that are produced out of state, such as Carrier air-conditioners, Ford automobiles and even Apple iPhones.

"The 45 percent is a threat that if they don't behave, the United States will tax you. It doesn't have to be 45. It could be less. But it has to be something because our country and our trade and our deals and most importantly our jobs are going to hell," Trump said at a Republican debate held during the previous month.

As much as Trump's words are strong, however, numerous critics have emerged about his economic views. J.W. Mason, a professor of economics at John Jay College and a fellow at the Roosevelt Institute, a liberal think tank, believes that Trump's strategies might very well put America at a disadvantage if China or other targeted nations decide to retaliate.

"There's no way a tariff of this kind could deliver the kind of benefits that he's talking about, and it's quite wrong to think that the big problem for American workers has been foreign trade. But I think it could be very destructive for the rest of the world," the professor said. 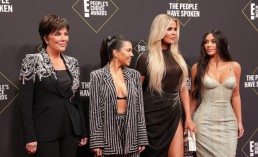