Adam Lind has been flooding his Instagram page with photos showing off his muscles, but according to a new report, the Teen Mom 2 star may not be as buff as he seems.

Following a slew of muscular photos of Lind, some of which were taken during a recent visit to Muscle Beach in Los Angeles, a report accused the reality star of using Photoshop to make his waist appear slimmer and his muscles appear larger.

"The stripes on the chair look like they are pulling in one direction," photographer Barry Allen told Radar Online of a photo posted by Lind on April 23. "It is very susceptible that it was modified because it's a dark area. It's likely that it was pulled out to make his lats look bigger."

Allen also commented on other photos of Lind, including one taken by the reality star which showed off his upper half in a pair of small underwear.

According to Allen, he could tell Lind's image had been altered because the "wood trim starts in one place and ends somewhere else."

"It's possible he was trying to pull out his forearm to make it look bigger. This photograph is extremely suspicious given the complete mismatch in those lines."

Speaking of the photo above, Allen continued. "In this picture, his forearm looks tiny. What happened here? In the other picture your arm was like Popeye the Sailor! Under his arm all kinds of stuff is going on there. Under his armpit there is a white color, what is that? That's called Photoshop gone wrong. If you try to copy something from one place to the next you'll end up with something different."

Plus, Allen said, Lind likely took the photo from that particular angel "because it makes your body look more narrow."

For more Adam Lind, tune into Teen Mom 2 season seven on Mondays at 10 p.m. on MTV. 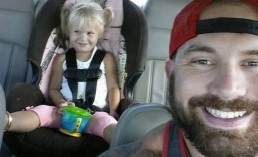 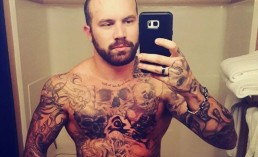 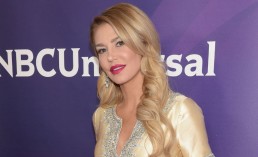