Megan Fox opened up on her pregnancy and how much she's enjoying it.

On Thursday, Extra posted an interview with the actress who's preparing to give birth to her third child. She mentioned that it's not always a comfortable process, but she's still happy knowing another baby is on the way.

"I feel great," Fox said. "I love being pregnant, which is, a lot of women don't feel that way, it is really uncomfortable...by the way. It is painful at parts, but I feel the overall process is such an amazing one. I feel so productive creating a human person that I'm so excited to meet because I know that I have such a spiritual connection to them, so I can't wait to meet this new member of my family. So I love it."

As a mom to her two boys, Noah, 3, and Bodhi, 2, the actress said that they both know there is another baby coming along. Her littlest child is understanding, but isn't as into it since he's too young, but her oldest is "very excited."

"He wants to take care of the baby and hold the baby and feed the baby," Fox said. "He's practicing a lot and he's super excited."

The 30-year-old filed for divorce from her husband, Brian Austin Green, last summer but ever since the news of the pregnancy was announced, it appears they've been working things out. In fact, they're going to be spending Father's Day together although they don't have big plans.

"I don't think we're gonna celebrate," Fox said. "He never gets to eat anything fun because my house is so clean and I make him eat really clean too so maybe I'll get him a German chocolate cake or something. He'll be so happy to see junk food."

See the interview below where Fox also dished on Teenage Mutant Ninja Turtles: Out of the Shadows, which hits theaters on Friday, June 3. 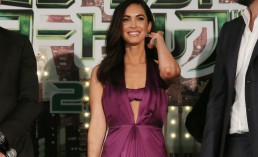 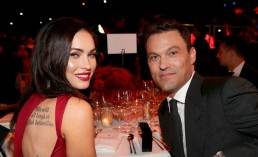 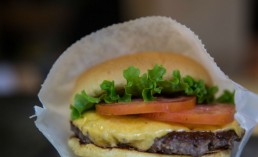