Keyshia Cole seems to have moved on from Bow Wow with another famous man.

She was spotted cuddled up with superstar boxer Floyd Mayweather on SnapChat this week; sparking speculation that he is her latest boyfriend.
The two were enjoying time in St. Louis as they flirted with one another on the app.

Mayweather said, “I’m the man,” and Keyshia asked, “What kind of man?”

Of course he answered with, “They money man.”

She then gave him a quick lesson on how to use SnapChat. But he refused to sign up for his own account.

And that’s not all.

Based on the photo the car is a Mercedes Benz.

It looks like she also enjoyed a shopping spree. She posted a photo of herself and Mayweather in a department store and added the caption, “Mae said Get what u want, the money don’t stop…”

Cole also went to hang out with Mayweather in Las Vegas.

The speculation comes just months after she and rapper Bow Wow called it quits. But it’s safe to say their relationship was not a very long one that seemed to last only for a few weeks. It’s not clear if Cole and Mayweather are really dating, but it definitely looks like they are on the path to spark a romance. 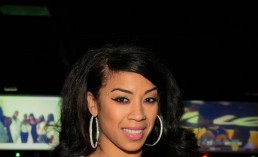 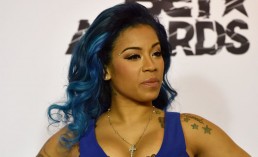