It looks like Kelly Ripa is making some painful changes in her life these days. Not only is she still looking for a replacement for her former daytime talk show co-host, Michael Strahan, but she's also having one of her tattoos removed and for a good reason, too.

According to Naughty Gossip on Friday, Ripa, who has three children, Lola, Michael, and Joaquin, with her husband Mark Consuelos, wants to be a better role model for her kids and that's why she's getting one of her tattoos surgically removed.

One source close to the blonde beauty says that Ripa is spending a whopping $8000 on laser treatments to remove a tattoo from her ankle.

An insider says, "She thought the tattoo just looked tacky on a mother" and wanted to set the right example for her kids.

Ripa, who has even sported pink hair at one point on her talk show, has not made any comments about the report. What's more, she's been rather quiet ever since news broke that Strahan would be leaving their talk show for "Good Morning America." Because of all the tension between them, Strahan had to cut his notice at "Kelly and Michael Live" short even though he won't be starting his new position at GMA until September. 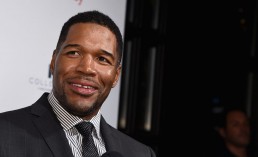 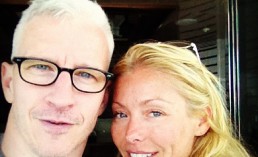 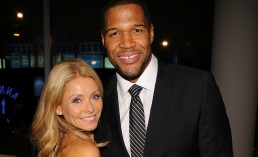 Michael Strahan 'Good Morning America' Update: Did Kelly Ripa Cause Him To Leave Their Show Earlier Than Expected? [VIDEO]