Now that Michael Strahan has one foot out the door, is Kelly Ripa going to have things her way by choosing a replacement that she wants for their Live! show? That's what fans can't help but wonder as rumors are swirling that Ripa's good friends Anderson Cooper and Andy Cohen might be in the running to replace Strahan, as he takes up a new position for Good Morning America.

Yet, according to Naughty Gossip on Wednesday, that might not be the case for Ripa as ABC producers want someone else who will help bring a little more diversity to the morning talk show. In fact, producers have allegedly even told Ripa that her famous pals are "literally too white" for the position.

"America has changed. You can no longer have two rich white millionaires on TV every morning and expect people to watch," one source told the site. "The show is looking to replace Michael with another person of color and the top two names that keep coming up are Nick Cannon and Alfonso Ribeiro."

What's more, it looks like Ribeiro is a top contender as his popularity has soared since he won Dancing With the Stars and became the host of America's Funniest Home Videos.

So far, Ripa herself has not made any public comments as to who might be Strahan's replacement. Strahan's last day on Live! will be on May 13. He will then take a three-month break before joining the Good Morning America team in September. 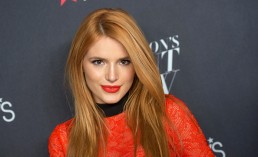 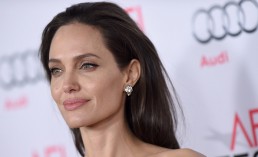