Things seem to be blossoming pretty fast for Taylor Swift and Tom Hiddleston.

Just weeks after it was announced that the pop star ended her relationship with DJ Calvin Harris, she has reportedly moved on to the hunky actor. And according to Monday's report from Hollywood Life, Swift really wants Hiddleston to meet her mother.

"Taylor would love for her mom to meet Tom," a source told the site. "She's eager to introduce them to each other. Taylor and her mom are super close, so it's just a matter of time that the three of them will get to spend time together. If Taylor and Tom weren't serious, she wouldn't waste her mom's time."

The site also previously mentioned what it is about Hiddleston that Swift adores so much about him-- overall, he sounds like a pretty honorable man who's been nothing but good to the pop-country star.

"Taylor is smitten with Tom because he treats her like a real lady," a source said. "She loves being treated like a princess, who doesn't, but he goes out of his way to be a gentleman to her. He's swept her off her feet, and she's loving every minute right now."

As for how things have been going for Harris since the split from Swift, rumor has it that he might be heading to the studio to make some music about his ex. According to Mirror, he would rather express his feelings in an artistic way rather than talking about it to the media.

"Calvin feels that talking publicly is not the way to go, but expressing things in music is the better option," the source told The Sun. "He's currently working on some new music and has been milling over some tunes about heartbreak, deceit and lost love." 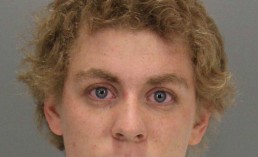