He might be winning with the Republican party, but it looks like Donald Trump is having a really hard time convincing the rest of the world that he's the right man for the job when it comes to being the next President of the United States. In fact, things are looking so bad for the Donald, that a number of Republican politicians are even considering changing parties just because of him. And now, Hollywood actor Aziz Ansari has written a scathing article about Trump and how he's apparently spread hate against Muslims in a passionate op-ed.

Aziz titled his New York Times piece, "Aziz Ansari: Why Trump Makes Me Scared for My Family." In the article, he basically burns Trump for all the fear-mongering that has been going on in the country, especially after the Presidential candidate said that he would build a wall between the southern border of the United States and Mexico and put a stop to Muslims entering the country, should he be elected next November.

Aziz wrote, "Today, with the presidential candidate Donald J. Trump and others like him spewing hate speech, prejudice is reaching new levels. It's visceral, and scary, and it affects how people live, work and pray. It makes me afraid for my family. It also makes no sense."

He also touched upon the Orlando shooting in which gunman Omar Mateen killed 49 people and wounded about 50 more in what many are calling the worst mass shooting in the nation's history.

Aziz added, "I myself am not a religious person, but after these attacks, anyone that even looks like they might be Muslim understands the feelings my friend described. There is a strange feeling that you must almost prove yourself worthy of feeling sad and scared like everyone else. According to reporting by Mother Jones, since 9/11, there have been 49 mass shootings in this country, and more than half of those were perpetrated by white males. I doubt we'll hear Mr. Trump make a speech asking his fellow white males to tell authorities 'who the bad ones are,' or call for restricting white males' freedoms." 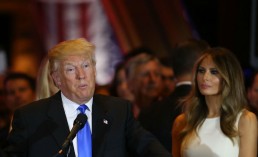 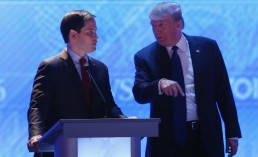 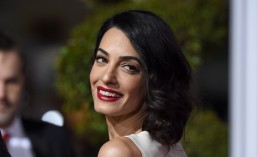