Megan Fox and Brian Austin Green celebrated the 4th of July holiday together.

Although Fox and Green were planning to divorce just months ago, the couple has since confirmed Fox's latest pregnancy, and ever since, rumors have been swirling in regard to their plans to call off their divorce.

"Megan Fox and husband Brian Austin Green were spotted leaving a posh eatery after enjoying a cosy lunch in Malibu on Tuesday," the Daily Mail reported on Wednesday. "The dynamic duo looked in good cheer as they made their way back to their vehicle after dining at Geoffrey's Restaurant in the California celebrity enclave."

Last August, Fox filed for divorce after five years of marriage and two children together, 3-year-old Noah and 2-year-old Bodhi, but recently, she and husband Green have been spending a lot of time together.

Just one day prior to their lunch date, Fox and Green were photographed with their kids at a grocery store in Malibu, Calif. where they appeared to be purchasing decorations for a possible 4th of July celebration.

"The happy couple were seen on Monday buying supplies for a pool party in Malibu as the expectant mother showed off her baby bump in a colourful maxi dress," the Daily Mail revealed.

Last week, a source claimed Fox and Green were calling off their divorce.

"Brian and Megan are living together in Malibu with their boys," an insider confirmed to PEOPLE Magazine. "They have been getting along and seem very happy. They are just waiting for the baby to arrive."

They've also done some traveling. As the report revealed, Fox and Green jetted off to Hawaii In April to enjoy a family vacation at the Four Seasons Hualalai.

"During their separation, Brian always hoped Megan would change her mind about the divorce and he is very happy that she did," the source said. "They both worked hard to figure out their marriage and things seem great."

During their Hawaii vacation, another source revealed that Fox and Green were "reconsidering the divorce" because "They don't want their kids to grow up in a broken home." 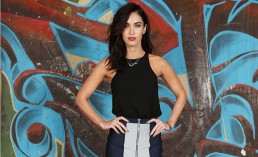 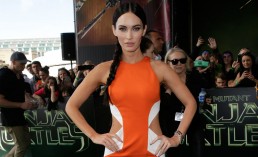 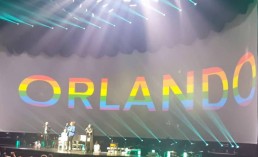