The possibility for a Downton Abbey movie is still up in the air.

On Friday, CNN posted details from Joanne Froggatt who fans remember as Anna on the acclaimed TV series before it finished its course earlier this year. When the idea of a movie based on the show was brought up, she said it could get made eventually.

"I think there's every chance we may do a movie at some point," Froggatt said at the Hollywood Foreign Press Association's annual grants banquet. "We don't know for sure yet. But there's definitely lots of talk about it."

It's also possible that a script may already be written.

"No one's seen it yet, but I think there is some sort of script from what I can tell-- or ideas or something," the actress said.

So what could a movie contain? It might be years before it happens, so perhaps, some specific characters could be added in.

"If they do 'Downton 10: The Movie,' maybe we won't be on there anymore," Froggatt suggested. "Maybe we move onto the kids. We'll have to see where they go with it."

There was a previous report from Mirror where it was speculated that the film would take place years later and the Dowager would be dead. There was also a theory on when the movie would be released in theaters.

"There is a timeline in place- even though everyone is staying quiet about it for now," a source said. "The film should be ready in time for Christmas 2018. The script outlines are broadly in place. All the stars of the show have verbally committed to the film, which will be shot in the UK. It's a bit of a wait because [series creator] Julian Fellowes has to concentrate on his Gilded Age series for NBC in the US first." 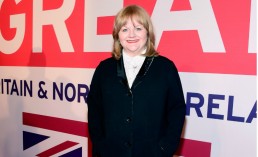 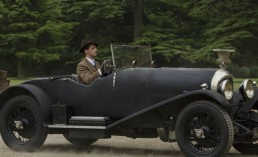 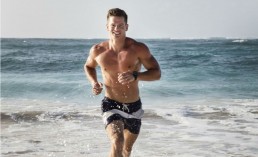 'Are You The One' Season 4 Spoilers: Is Morgan About To Blow It With Tori In Next Episode? [VIDEO]