In a new blog post, the 20-year-old model opened up about her struggles with trypophobia, which the Association for Psychological Science describes as a fear of irregular patterns or clusters of small holes or bumps.

“Anyone who knows me knows that I have really bad trypophobia,” Jenner shared with her fans, according to a report by Us Weekly on Monday. “Trypophobics are afraid of tiny little holes that are in weird patterns. Things that could set me off are pancakes, honeycomb or lotus heads (the worst!). It sounds ridiculous but so many people actually have it! I can't even look at little holes — it gives me the worst anxiety. Who knows what's in there???”

Jenner also suffers from panic attacks, which was recently discussed during an episode of Keeping Up With the Kardashians.

“[I’m going to London] for the day because Kendall had a really awful night last night flying to Paris because she gets really bad panic attacks and anxiety,” Kris Jenner explained to Kim Kardashian. "I don't know what to do."

Earlier this year, Jenner admitted to being quite different from her famous siblings.

"When I think something, I don't usually say it, which is fine. It's more that I'm introverted," Jenner explained on her site this past February. "I never had anxiety about it. I knew it was part of who I am and I owned it. … I only get shy if I'm around people who make me nervous, which I guess is normal.” 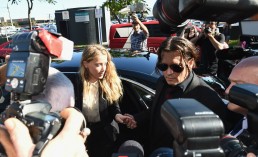