Candice Swanepoel offered fans a glimpse of her baby bump with an odd photo on social media over the weekend.

Before celebrating her baby shower on Sunday, the Victoria's Secret model posted a photo of her pregnancy belly from the bottom up on her Instagram account.

"Candice Swanepoel, 27, decided to play around with her angles on Aug. 13 when she posted a super quirky selfie shot from underneath her very pregnant stomach! The Instagram pic totally exaggerated the size of her baby bump, making her head appear very small as it peeks up behind her round belly — SO hilarious!" Hollywood Life revealed to readers on Tuesday.

Throughout her pregnancy, Swanepoel has shared numerous photos of her baby bump as its size has increased and days ago, she posted the photo below, which was taken during her baby shower.

Swanepoel announced she and her fiancé Hermann Nicoli were expecting their first child together earlier this year and a short while later, the model revealed the baby would be a boy.

As she prepares to welcome her first child, Swanepoel has her longtime friend, Behati Prinsloo, at her side. As fans of the models well know, Prinsloo announced she and husband Adam Levine were expecting their first child, a baby girl, in March of this year. 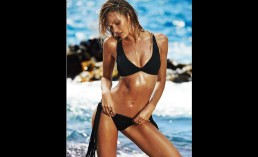 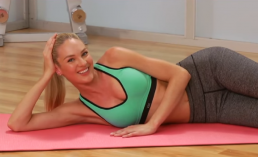 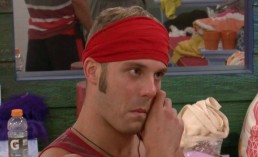