Stassi Schroeder has traveled across the Pacific Ocean in an effort to join her close friends, Katie Maloney and Tom Schwartz, on their honeymoon.

Weeks after the Vanderpump Rules couple wed, they traveled to Bora Bora, where Schroeder has since joined them in their festivities and shared tons of photos and video.

"When you miss your best friends so much that you travel across the world in a raft to join their honeymoon," Schroeder captioned a clip, which featured her surprising her co-stars with her arrival.

During Maloney and Schwartz's wedding, which took place in Northern California, Schroeder and a number of her co-stars, including Brittany Cartwright, Kristen Doute and Scheana Marie Shay, served as bridesmaids. Meanwhile, Jax Taylor and Tom Sandoval appeared as groomsmen.

"Being athletic in Bora Bora," Schroeder captioned the photo below.

When Vanderpump Rules season five began filming earlier this year, Schroeder was involved in a relationship with Patrick Meagher, which began after season two, but during season five, she and Meagher called off their romance due to their frequent fights. Since then, Schroeder has remained single.

For more of Stassi Schroeder, Katie Maloney and Tom Schwartz, tune into the upcoming fifth season of Vanderpump Rules, which premieres later this year on Bravo TV. 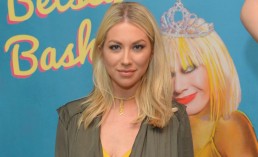 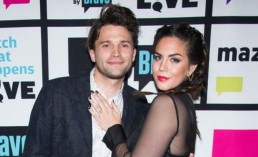 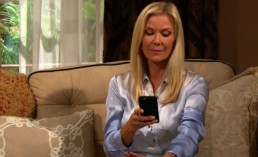