They've been close friends for a while, but now that they are both newly single, fans are hoping that Amber Heard and Cara Delevingne become the next big celebrity couple.

A fan posted a photo of the two on Twitter, as they grabbed a coffee together at a shop in L.A., and his freaking out over seeing them together led to several other fans posting on social media about how much they would ship a romance between the two.

Went to go grab coffee and saw @Caradelevingne & amber heard had to b creepy and go over and say hi and sneak a pic lol such sweet girls! pic.twitter.com/kMLC7gDTin

"Went to grab coffee and saw @caradelevingne and Amber Heard had to b creepy and go over and say hi and sneak a pic lol such sweet girls!" The original post read.

After, several fans shared their hopes for a love match between the two.

I already said this and I'm going to repeat: I ship Cara Delevingne and Amber Heard — Blu (@Bluklyn) October 18, 2016

If Amber Heard and Cara Delevingne date holy the visuals would be too much to handle — Simon (@sharonnguyeen) October 18, 2016

I hope this new Amber Heard and Cara Delevingne rumor turns out to be true because it will make the haters head explode. — Luis Landa (@1570_landa) October 19, 2016

Had a dream last night that Amber Heard & Cara Delevingne asked me to be in a polyamorous relationship w/ them over lunch & mojitos-I cried.

The shipping and coffee outing come after several rumors plagued the two actresses, who split from Johnny Depp and St. Vincent respectively earlier this year.

Last month, the two were rumored to be "holed up" together in a hotel room in London during Fashion Week, and when Heard was in the midst of her divorce from Depp, rumors surfaced that her close relationship with Delevingne was to blame.

"They [Amber and Cara] used to party together a lot and made no attempt to hide the fact that they were quite flirty. But that would spark furious rows with Johnny, who hated how indiscreet she was being," sources said at the time. "On one occasion he even screamed at her, 'You're making a fool of me.'" 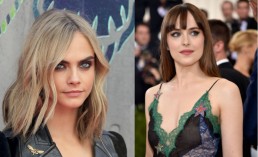 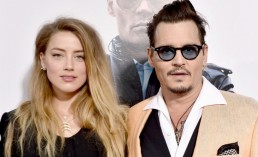 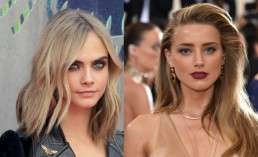