The Spider-Man: Homecoming is a sequel to the most popular Marvel Comics character Spider-Man. The character is known to be the friendly neighborhood hero, crawling in the New York tall building and saving innocent people and plotting to trap criminals in the city.

According to CINEMABLEND, Spider-Man: Homecoming trailer may come along with Rouge One: A Star Wars Story which is going to be released on December 16, 2016. The said trailer is expected to release online a couple of days early.

Meanwhile, as reported by Movie Pilot,  Zendaya has confirmed she is not playing Mary Jane in the upcoming Spider-Man: Homecoming. With its expected release in June 2017, fans definitely anticipate the return of their favorite hero on the big screen. But being a year away, can the franchise keep the hype going until the actual premiere?

Here are the top 5 things the teaser must feature to generate and maintain hype & curiosity among fans.

1. Peter, the intelligent boy at school: As observed in several sequels, fans would like Peter to be intelligent and agile at school. Fans would like to see him using his Math and Physics skills to help do better things. As showcased in Captain America: Civil War, Spider-Man uses technology to generate his own web fluid, fixing his bedroom with old technology and advising Captain America that his shield doesn't obey the laws of gravity.

2. Peter being bullied: Fans like to see Peter being bullied at the high school and certainly would not expect a serene and loving atmosphere. The inherent tendency of man coming out of oppression scores well in any movie. Flash Thompson, the trouble maker for the Spider-Man, should make his presence in the trailer with his verbal abuses or do a little more to aggravate the insults.

3. Swinging around the tall towers of New York: Fans would like at least one instance of Spider-Man swinging past the tall towers in the New York. Spider-Man, when airborne, make fans glue to the screen as the gifted blue eyed boy screaming past the crowd in a jiffy to save innocent people or to catch criminals.

4. Spidey's new Technology at work: It can be recalled that Tony Stark introduced new technology to Spider-Man, the Spider-Signal, in the Captain America: Civil War. Technology breakthroughs like these  should be present in the trailer to give that wow effect.

5. The dreadful villain-Vulture: Vulture, the villain character played by Michael Keaton with his winged suit should be spotted in the trailer to unnerve the fans that much more fierce fights are packed in the upcoming movie. 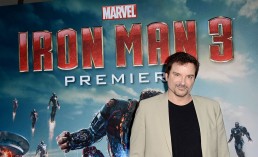 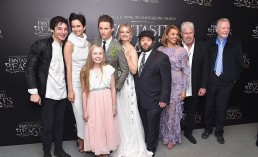 LinkedIn Blocked In Russia: The US Raises Concerns Over Growing Foreign Media Blockade In Russia.