She's given most of the credit when it comes to Keith Urban's ability to overcome his drug addiction, but Nicole Kidman may see herself more as a caretaker than as a savior.

In a new interview with New York Magazine, as she discusses her new movie Lion, the 49-year-old actress called herself a caretaker when it came to her family, and even shared that her husband of 10 years constantly has to remind her that she can't save the world.

"I feel maternal to most people," she admitted during the interview. "In my family, I'm very much the caretaker. My husband always says, 'You can't save the world, Nicole,' but I think it's just an inherent part of me. The love is abundant, and it doesn't just evaporate or disappear-it's just there, and it is a bottomless well."

The admission comes just a little more than a week after she opened up to People and Entertainment Weekly about the struggles she had when she first married Urban, who was fighting an addiction to drugs at the time.

"Get help [for them]," she said for advice of anyone else who had a loved one struggling with addiction. "Put your hand up, reach out. There is absolutely help out there. You can't save somebody, they've got to save themselves.'"

"It's a very big thing for people like me who go, 'I can take care of you. I can do it,'" she later admitted. "At some point, you just have to say, 'I love you and I'm here when you decide to do the work. If you don't, then that's it." 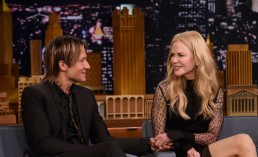 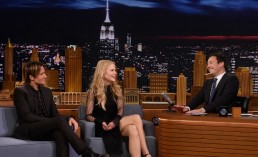