From musicians like Adele, Beyoncé and Lady Gaga to actors like Lena Dunham, Amy Schumer and Tom Hanks, much of Hollywood was disappointed by Trump being elected president over Democratic nominee Hillary Clinton. Wahlberg may not have voiced his support for either candidate during the election season, but he did say in a recent interview that he feels optimistic about Trump's presidency.

The actor sat down with E! News to promote his new film Patriots Day and revealed his feelings on Trump's forthcoming presidency.

"Being the positive person that I am, I have to hope so," Wahlberg said, of having faith in Trump as president. "I have to remain optimistic that the future will get better."

Wahlberg's optimism comes from his background, with the actor explaining his Catholic faith and desire to see things in a positive light.

"If we live to be 100, it's still a short amount of time. I want to live forever. I want to be with my loved ones forever and my faith allows me to deal with loss, disappointment, failure, all of those things, sickness," he explained. "It reminds me that things can always be worse and how lucky I am, how blessed I am, how fortunate I am and I want to encourage people to have the ability to look at things in a positive way."

Meanwhile, Patriots Day centers on a recent politically-charged event - the Boston Marathon bombings. Wahlberg noted that his older kids want to see the film, and how he wants to show them the reality of the world we all live in.

"I think it's important for them to understand that but I think they'll take away what I'm taking away and what everybody else who sees the movie takes away-that these things will happen, but we can't go and run and hide," he said. "We have to stand up and fight back and do that with love and I think that ultimately that will make them better and stronger as people."

Patriots Day will be released in theaters on Dec. 21. 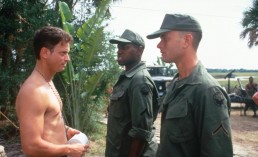 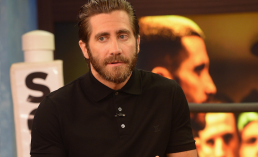 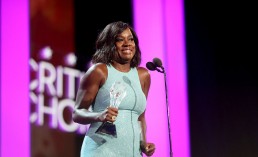