The upcoming new installment in the larger DC Extended Universe, tentatively titled Justice League, is still a far ways off from being released. However, new reports are now revealing that the possible official title for the upcoming movie might just have been leaked online.

The follow up to Batman v Superman is of course one of the most awaited films in the coming year, as it heralds the coming together of the franchise's most popular superheroes. The new Justice League movie will feature the teaming up of Superman, Batman, Wonder Woman, The Flash, Aquaman, and Cyborg as they fight against a common threat that aims to enslave the entire planet.

As for the movie itself, previous reports already confirmed that Warner Bros. Pictures has decided to altogether drop the idea of releasing it as a two-part film. The decision itself means that the titles would drop the "Part One" and "Part Two" subtitles. In light of the studio's decision, the biggest question now on fans minds is what the title of the movie will be.

A new post on Twitter by one of the studio's official accounts, DC World, apparently teases the possible title of the new movie. The post itself contains an image of Batman's advanced head armor along with a title that reads, "Justice League: Apokolips." The distinct spelling of the word Apocalypse clearly indicates that it is referring to Darkseid's home planet.

What is this? #Batman cowl and a new name going around ? #JusticeLeague #Apokolips interesting hmmmm pic.twitter.com/7gYaw5ni4H

The title does fit previous reports of the movie's main antagonist being Steppenwolf. The DC villain, who will reportedly be played Ciarán Hinds, is the leader of Darkseid's Parademon army. He is also one of the New Gods and a member of Darkseid's Elite.

Based on the clues presented in Batman V Superman, it would be safe to assume that there may be scenes in the upcoming movie that will be taking place in Apokolips itself. As of the moment, the studio has yet to confirm if the Twitter post has indeed revealed the official title for Justice Leauge. But it should just be a matter of time before they officially make an announcement. 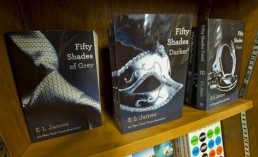