The sizzling chemistry and steamy sex scenes of Jamie Dornan and Dakota Johnson in the upcoming Fifty Shades Darker have the fans waiting for the release of the movie with high anticipation.

Set to release next month, Fifty Shades Darker promises to have a sizzling chemistry between Anastasia Steele (Dakota Johnson) and Christian Grey (Jamie Dornan). This has been further established by a 32-second clip that was aired on New Year's Eve. The TV spot has the lead actors in footages that were not previously seen, reports Daily Mail.

The TV spot features a sizzling makeout session of Dornan and Johnson and the duo is also seen cuddling together. Along with the steamy moments, the TV spot also gives a glimpse of a woman who is stalking them.

Another masque figure is also seen targeting Christian and his car is seen covered with white paint. The TV spot has Taylor Swift and Zayn Malik's song I Don't Wanna Live Forever playing in the background.

Notably, the first trailer for the movie had a record number of views after it was released. The second trailer that was released in December last year also made a lot of noise for its kinky content and a steamy shower scene.

In other reports, the secret behind the sex scenes has been exposed. OK! Magazine UK claims that the filmmakers have revealed that modesty covers were used while filming the intimate scenes between the lead pair.

It is worth mentioning here that the second installment, Fifty Shades Darker after Fifty Shades of Grey will be a lot sexier and steamy as the lead pair, Jamie Dornan, and Dakota Johnson promises to have no rules or secrets as they rekindle their romance after their split in the first movie.

Fifty Shades Darker is set to hit theaters on Feb. 10. The third installment, Fifty Shades Freed is scheduled to release in 2018. 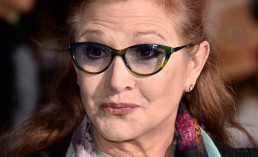 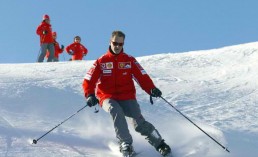