Boston Celtics, Los Angeles Lakers and Philadelphia 76ers are three NBA teams that have been regulars in the rumor mills for the past few months. New reports are now saying that a rumored trade deal between them might be in the works right now.

The Celtics has been aggressive since the offseason last summer and it seems that they are done yet beefing up their rosters. Although they got Al Horford as a free agent, many believe that their current roster is not enough to compete with powerhouse teams in the East like the defending champs Cleveland Cavaliers and Toronto Raptors.

As for the Lakers and 76ers, both teams are currently cellar dwellers in their respective division. The Lakers have a good start in the early goings but they stumble to consecutive losses and now sitting at 12th spot of Western Conference. On the other hand, the 76ers are struggling to find their form since the start of the season as they could only muster 8 wins out of their 32 games as this moment.

And since all teams are said to be needing to tweak their lineup, a rumored deal was being recommended to them. According to The Inquisitr, the proposed trade between the Boston Celtics, Los Angeles Lakers and Philadelphia 76ers would involve three promising players.

Trade scenario is suggesting that Lakers would receive guard Avery Bradley from the Celtics while Boston will welcome center Jahlil Okafor from the 76ers. To close the deal, the 76ers will get guard Jordan Clarkson from the Lakers. Does the trade makes sense for the teams involved?

From the looks of it, the trade seems to be plausible to all teams involved. The Lakers need to improve their defense which seems to be their weakness during their losses. A defensive guard like Bradley who can defend well during transition attacks of their opponents could spell the difference for the Lakers defense.

On the other hand, the Celtics have earlier said that they also need a big man to toughen up their interior defense and that could well describe Okafor so they might say yes on this trade. Meanwhile, the lack of solid playmaker is one of the reasons to the misery of the 76ers and Clarkson could be the key to their success.

Aside from these upside reason, the trade deal will also work under NBA trade rules and salary cap restriction as per checking with ESPN NBA Trade Machine. Is the trade makes sense? Maybe yes but is now in the hands of the Boston Celtics, Los Angeles Lakers and Philadelphia 76ers to make it happen. 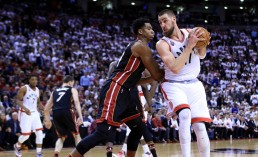 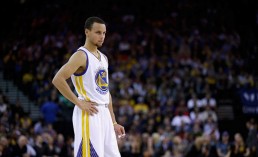 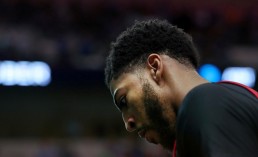 NBA News: Anthony Davis Heading To The Boston Celtics A Possibility Before The Trade Deadline [VIDEO]