Star Wars: Episode 8 release date is finally getting nearer and nearer. With the death of Carrie Fisher, actress who portrayed Princess Leia Organa, fans are more eager to watch the sequel of the new Star Wars trilogy.

Fortunately, avid Star Wars fans continue to fill the void temporarily by releasing Star Wars: Episode 8 spoilers and rumors. One of the fan favorite theories is the real reason for Luke Skywalker's absence in most parts of Star Wars: Episode 7 "The Force Awakens".

The Jedi only appeared during the last few seconds before the movie ended. Thus, this is certainly one of the questions that Star Wars fans are hoping to be answered in Star Wars Episode 8.

And if Star Wars: Episode 8 will start where the last movie ended, the first scene should involve Luke Skywalker and Rey in a far-off planet. Star Wars Episode 8 spoilers say that most scenes of the sequel will take place in the planet Ach-To where Rey found Luke hiding.

As reported by iDigital Times, a popular Star Wars fan and YouTuber Mike Zeroh received several first-hand accounts about Ach-To. Ach-To is also said to be the location of the First Jedi Temple where the Force is particularly strong. Luke Skywalker is said to be on a conquest to find the First Jedi Temple, which he believes will help him restore balance in the Force.

According to the same YouTuber Mike Zeroh, another Star Wars Episode 8 spoilers include a confrontation and possibly, an epic battle scene between Luke Skywalker and Kylo Ren. The uncle and nephew's fighting scene will showcase Luke Skywalker's new powers which is said to destroy a beehive hut. Whether the explosion was intentional or not, remains to be seen.

Star Wars: Episode 8 release date will be on December 15, 2017. Stay tuned for more updates and news on the next installment of Star Wars trilogy. 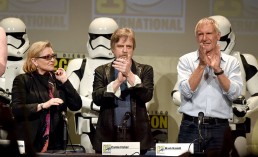 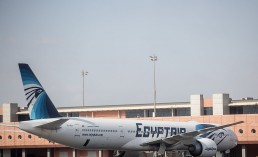 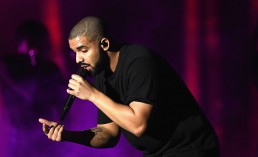