Britain's most talked about couple is apparently having an extended holiday as new reports have revealed that Prince Harry and Meghan Markle are still in vacation mode up to this day. The couple has recently been spotted together in London, with reports claiming that they are just spending "lazy days together" in the prince's Nottingham home in Kensington Palace.

According to Us Weekly, the couple has apparently been extending their holiday time together before Markle officially leaves for India for two weeks for a charity event with World Vision. The couple has  of course been going to quite the extravagant trips, including their first big vacation together in Norway.

Prince Harry previously took the 35-year old actress to Norway for a romantic excursion to see the northern lights after New Year's Day. The couple reportedly spent their time in the country doing different activities such as orca watching, sledding, and secluded dinner dates.

During their "lazy days" together for the past few weeks, Markle has reportedly already been introduced by Harry to his family, as per Perez Hilton. Reports have revealed that Markle spent some time with Duchess Kate Middleton and her daughter, Princess Charlotte, in Apartment 1A in Kensington Palace.

Prince Harry and Meghan have of course been dating for almost eight months. Given their relatively long time together, in celebrity standards, it doesn't come as a shock for some that Harry is now formally letting Meghan get to know his family even better.

Fans of the couple are of course quite happy to see both of them so in love with each other and taking big steps in their relationship. An inside source even told Us that it may not be long until Harry brings the relationship to an entirely new level. If Harry does decide to do so, then the royal family may be welcoming a new member into their fold very soon. 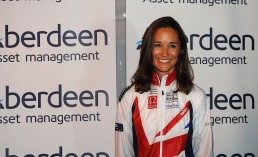 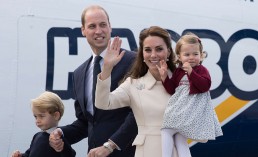