Johnny Depp is in another controversy, but this time it is about his excessive spending. The 53-year-old actor is now facing financial woes and legal complaints about the money he owes to his former management group.

Recently, Johnny Depp filed a $25-million fraud lawsuit against his previous business team at The Management Group (TMG). Allegedly, his new business manager found out a major misdemeanor. He said that the consultant agency has collected contingent fees worth $28 million without his knowledge. Also, they often failed to pay the actor's taxes on time, keep proper books and even loaned almost "$10 million of his money to third parties" without his approval.

"As a result of years of gross mismanagement and sometimes outright fraud, Mr. Depp lost tens of millions of dollars and has been forced to dispose of significant assets to pay for TMG's self-dealing and gross misconduct," Johnny Depp's lawyers said. Aside from fraud, the former husband of Amber Heard has been asking for more than $25 million for alleged breach of contract and professional negligence, People noted.

TMG, on the other hand, responded Johnny Depp's appeal with a counter-complaint revealing that he has been living an "ultra-extravagant lifestyle." This caused the "Pirates of the Caribbean 5" actor to live with a $2-million worth of lifestyle every month that he simply can't afford. According to Hollywood Reporter, Joel and Robert Mandel asserted that their company tried their best to handle his finances properly and repeatedly warned him of his overspending.

They, too, unveiled some of the examples of Johnny Depp's lavishness like $75 million worth of expenses for 14 residences, $18 million for a luxury yacht and $30,000 just for his wine. "Depp also paid over $3 million to blast from a specially-made cannon the ashes of author Hunter Thompson over Aspen, Colorado," attorney Michael Klump revealed. 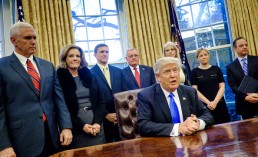