"Spider-Man: Homecoming" holds three confirmed villains to start the reboot properly, namely The Tinkerer, Vulture and Shocker. As the latter already showed himself through many footages, the remaining antagonists are yet to be seen-until now.

Bokeem Woodbine, the actor designated to play Shocker, has only showed a pinch of himself through the international trailer of "Spider-Man: Homecoming." It turns out that the vibration-bearing villain has a design that strays slightly away from the comics, but still quite cool for the fans to say the least.

According to Slash Film, a new image care of an Instagram post from Eric Cameron showed concept art for Shocker, highlighting a toy-like model of the villain. Although it may not be as directly copied from the Marvel comics, the signature gauntlets are still intact. It was then revealed that it is considered promotional art for the Toy Fair 2017 event, specifically for displaying the merchandise.

This implies one of two things for "Spider-Man: Homecoming," either using it as the villain's outfit as-is, or with slight tweaks from there. Putting into account at how toy lines distribute their goods, there is also the possibility of completely disregarding the said image's illustration. The international trailer did not hold back on hints of Woodbine's Shocker, but certainly not the entirety of the villain just yet.

As per Flickering Myth, "Spider-Man: Homecoming" shows Peter Parker (Tom Holland) during his teen years, along with his Aunt May (Marissa Tomei) and the rest of his somewhat misfit friends. The rest of the cast is comprised of Zendaya, Michael Barbieri, Logan Marshall-Green, Hannibal Buress, as well as the Marvel mainstays Robert Downey Jr. and Jon Favreau. The film airs on July 7, 2017. 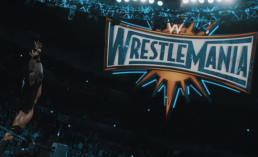 WWE Updates: Randy Orton Turns Down Opportunity at WM33; If Slot is Open, Who Will Bray Wyatt Face? 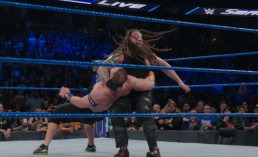 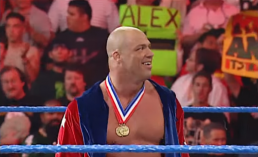