Game enthusiasts are excited to know which console will emerge as more powerful in terms of specs and feature - Xbox One Scorpio or PlayStation 4 Pro? Microsoft was already reported to have claimed the title, especially so with the release of another feature.

Sony is expected to release Xbox One Scorpio with six teraflops of power this coming holiday. Its powerful new dashboard is aimed to take full advantage of extra power under its hood. Windows Central revealed that Xbox One Scorpio will use the same design language as Windows 10. However, gamers are teased to expect something more. Microsoft's game console might just create something visually impressive.

Xbox One Scorpio is reported to have the same UWP features like background audio. However, it will also include compact overlay mode which will replace the snap mode. There will also be a file picker support for those third party apps. More will be revealed about Microsoft's latest game console on the E3 event on June 11. "We're looking forward to an exciting E3 where we'll showcase more games and experiences. We'll also be hosting another Xbox FanFest event this year," reads a Microsoft statement.

On the other hand, PlayStation Pro retro edition is described as one of the best looking PlayStation there is. However, its price is expected to be stunningly high as well. Sony released PlayStation 4 Pro last year with a 4K HDR which is capable of awesome graphics. The console's two USB ports are now labeled for players 1 and 2. This mirrors the controllers on the original console.

The ColorWare Limited PlayStation 4 Pro Retro has initially only 25 units numbered according to Daily Star. It was sold in record time. The set includes the custom made console plus Dualshock 4. It has 1 TB hard drive and is compatible with every PS4 game. Players can also connect with other PS4 players through the PlayStation Plus. 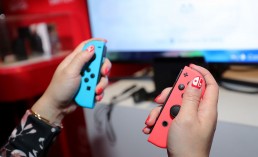 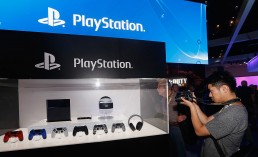 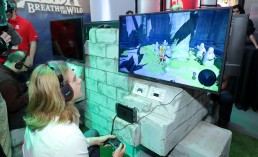 Nintendo Switch Pre Order: Some Retailers Not Cancelling Orders Despite Report; Amazon Prime Members Get Big Discount For “The Legend Of Zelda”