Angelina Jolie finally breaks her silence regarding her split with Brad Pitt last year. The ex-couple has called it quits in September 2016 due to irreconcilable differences. The "Maleficent" actress has gotten sole custody of their six children since then.

Both Angelina Jolie and Brad Pitt have been tight-lipped about their much-publicized divorce. The couple has only issued official statements telling the public to respect their privacy, especially their children's.

Now that many months have passed already, it looks like Angelina Jolie is finally ready to open up about her failed marriage with her partner for 12 years. The 41-year-old actress is promoting her Netflix movie, "First They Killed My Father".

In an interview with BBC, Angelina Jolie divulged how difficult the divorce has been for their family. However, the director believes that the divorce only made them stronger and closer as a family.

It is very obvious how the actress struggled at answering questions about her marriage before. However, Angelina Jolie pointed out that they are and will always be a "family". As agreed upon by her ex-husband, Brad Pitt, their focus should be on their children.

All of Angelina Jolie's children tagged along with the premiere of the Netflix movie, as reported by US Magazine. The premiere has served as one of her children's homecoming to the Cambodia. The "First They Killed My Father" director has adopted her oldest son, Maddox, in Cambodia.

Angelina Jolie also mentioned how Cambodia is very special to her. It is where she began to realize how much she still does not know of the world. The movie, "First They Killed My Father", is about Loung Ung's first-hand account of the genocide that happened during the regime of Khmer Rouge.

"First They Killed My Father" happened from 1975 to 1979 when it is said that around two million people have been killed. The reason for the deaths is said to be because of the regime's killings, overload of work and hunger. Stay tuned for more news and update about Angelina Jolie and Brad Pitt. 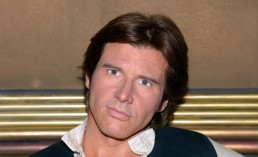 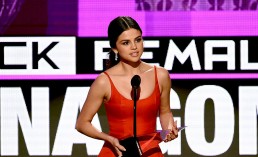 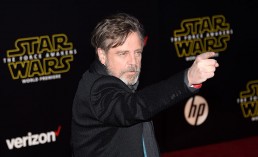