Not every cast of "Dance Moms" have a happy memory of Abby Lee Miller. Maddie Ziegler talks about why she is glad she is no longer part of the competition show.

Maddie Ziegler is leaving "Dance Moms" to work on with Sia. In an interview by People Magazine, the 14 year old star said that they have lived through the show and she feels she does not want to watch it again. She added that there is so much drama going on.

Although Maddie Ziegler said that she had learned a lot of lessons from Abby Lee Miller, she also mentioned that she had the craziest time when he was with her. "I'm really glad that I did move on from that, and I did learn a lot from her and we did have some fun times," she added.

Now that Maddie Ziegler is no longer with "Dance Moms," she feels that she has never been happier in her life. She said she was stressed when she was 11 years old which shold not have happened.

Maddie Ziegler's schedule is buys after leaving "Dance Moms." Aside from being Sia's mentee, she also stars in several music videos for "Big Girls Cry," "Chandelier: and "Elastic Heart." Maddie has performed during the 2015 Grammys with Sia according to Fox News.

As one of the greatest stars in "Dance Moms," some fans are intrigued that she writes well. "I've always been the type of person who really enjoys writing stories," she said. When she found out that she would be writing books, the young dance star was ecstatic and wanted to start writing right away.

While everything seems to be going beautifully for Maddie Ziegler, "Dance Moms" coach Abby Lee Miller is facing jail time for attempting to hide $775,000. Her attorney said she needs encouragement and support in this challenging time. 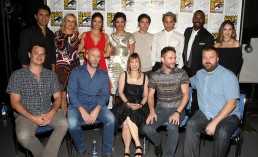