Jenifer Lopez is one of the living proofs that life begins at 40. After her sensationalized yet short-lived romance with Drake, the 47-year old singer is bouncing back with a new beau. According to reports, Jennifer Lopez and Alex Rodriguez have been painting the town red like two adolescents madly in love with each other. The new couple even has their own lovey-dovey couple monicker, J-Rod.

However, there are also reports that Jennifer Lopez isn't fully ready to make her new relationship public. According to People, the "Maid In Manhattan" actress posted an Instagram story featuring her and her new beau cozying up to each other one Sunday afternoon. However, the said Instagram post was deleted a few minutes after making the fans and followers of the couple if there's something wrong in the Jennifer Lopez and Alex Rodriguez relationship.

Fans believe that the Instagram story was shot in the Bahamas where Jennifer Lopez and Alex Rodriguez were reportedly vacationing over the weekend. According to E! News, although the relationship of J-Lo and former baseball star is still considered fairly new, fans are already rooting for the couple. It might be too early to tell, but if Jennifer Lopez and Alex Rodriguez decide to get married, they will immediately be a big family, with J-Lo's twins, Max and Emme, and Rodriguez' two daughters completing the family tree.

However, sources reveal that close friends of the "Let's Get Loud" singer are reportedly warning her to be wary and not put all the eggs in one basket. For those who are familiar with Alex Rodriguez' dating history, it appears that the 41-year old athlete is a ladies man, who has dated Cameron Diaz and Kate Hudson a few years back. In fact, Jennifer Lopez and Alex Rodriguez dating rumors shocked the people close to Silicon Valley CEO, Anne Wojcicki, who was the former athlete's girlfriend until Feb. 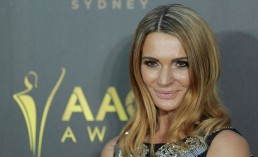 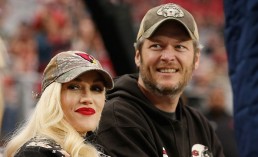