Jennifer Aniston is allegedly in a mess with news surrounding her husband Justin Theroux and Emily Meade. The stars of "The Leftovers" are rumored to be falling for each other.

Theroux and Meade are said to be meeting behind Aniston's back. The American actor has supposedly met with the 28-year-old actress in New York when he was there all by himself. Aside from their meet-ups, "The Leftovers" stars were also rumored to be texting each other constantly and in secret.

According to other rumors, Theroux made it clear to his wife Aniston that he and Meade are only friends. However, the "Friends" star is not convinced and is actually suspicious that something fishy is going on behind her back. After all, she has been in a situation where her former husband Brad Pitt and Angelina Jolie later became an item during the filming of "Mr. and Mrs. Smith."

Recently, unverified news talked about Theroux partying without his wife Aniston. He was spotted to be with Orlando Bloom and other celebrities at a party in Hollywood last week. This allegedly fuelled more divorce between the couple.

Aniston and Theroux met and fell in love after working together in the film "Wanderlust" in 2011 according to Daily Mail. In August 2015, the couple got married in an intimate and exclusive ceremony in their home in Bel Air, Los Angeles.

"The Leftovers" will return to HBO for its third and final season on April 16 with the first episode title of "The Book of Kevin." Theroux plays as Kevin Garvey Jr who is Mapleton's Chief of Police. Meanwhile, Meade played the role of Aimee, who is unfazed by the rapture, in season 1. Meade left the HBO series in 2014.

What do you think of Theroux and Meade alleged relationship? Should Aniston be jealous? Stay tuned to Enstars for the latest news and update of your favorite celebrities. 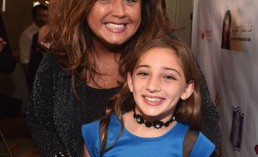 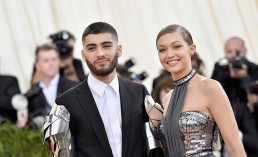