Superman, along with Wonder Woman and Batman, is one the three core members of the Justice League. However, in the slew of promotional posters, videos, and media that have been released for the upcoming "Justice League" movie, Henry Cavil's chiseled face seems to be absent.

Aside from two posters, namely a piece of concept art from the January 2016 preview and the photo of the entire team from Comic Con, the rest of the media does not show Superman in any way. The recently released trailers also don't show Superman anywhere. It is already known that Superman will be resurrected in the upcoming film, but his absence from the promos seems to point to a big twist that might be featured concerning the last son of Krypton.

As pointed out by The Verge, there might be a big possibility that Superman could be a villain in the upcoming "Justice League" movie. Although, he might eventually be turned back to good after a beating by the Justice League, which will then have him return back to the team to fight a more dangerous enemy.

There are several theories from fans that might also point to this being a possibility. In "Batman v Superman: Dawn of Justice, " Darkseid's Mother Box was featured as the instrument that led to the creation of Cyborg. This clearly shows that the Mother Box has the power to heal and revive nearly-dead humans, which could also work for Superman. However, it might have an adverse effect on the Kryptonian and what will come back might not be necessarily the caped-hero that everyone knows and loves.

As per Movie Pilot, another big clue that had surfaced was a post from Henry Cavil last year of his supposedly new costume. The image the actor had posted was a black Superman suit, but then again it could be a B/W filter on top of an originally colored image.

As it stands, the majority of the theories still remain to be unconfirmed. Fans will likely just have to wait and see if Superman would indeed be featured as a villain in the upcoming movie. "Justice League" is scheduled to hit theaters on Nov. 17. 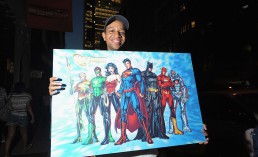 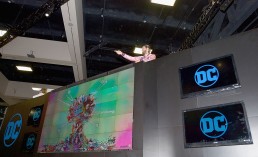 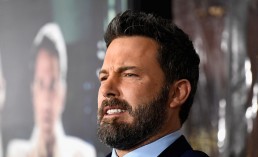