Brad Pitt and Angelina Jolie's break-up was one of the hottest news in Hollywood. The situation between the two was so tense that many believed they would not be seen together in a while. However, there are reports that the former "Lara Croft: Tomb Raider" star and her former husband managed to coordinate a trip together with their children. It can be recalled that Jolie went to Cambodia in February last year with her children.

Jolie went to Cambodia for the premiere of "First They Killed My Father". Pitt went to Cambodia secretly during that time, but not to reconcile with the "Changeling" star, but to spend more time with their children. The two have six children including Maddox, Pax, Zahara, Shiloh and their eight-year-old twins Viviene and Knox. The children spent 75 percent of their time in Cambodia with their mother but spent the rest with their dad.

Jolie made it appear that Pitt had some problems being a father right after the couple experienced some marital woes. Many were, however, puzzled when she said during the Cambodia trip that the "Allied" star was a "wonderful father", according to Daily Mail. She also said that no matter what happens, they will always be a family. The couple spent some time together in Cambodia in the past two years when she was filming "First They Killed My Father". There were actually photos of the two of them on a boat during a break from filming.

If it is true that Pitt visited Jolie and the children in Cambodia during their recent trip, then it could mean that the couple has somehow decided to treat each other civilly. This is quite an improvement from the ugly break-up and heated change of accusations between the two last year. There was an allegation of child abuse against the "Seven" actor but he was cleared after an investigation by the FBI.

Fans may be hoping for a reconciliation between Pitt and Jolie but if this is not possible at all, then they would probably welcome a truce between the two, according to Yahoo. The two are very devoted parents to their children so they must have found a way to work out something that would not deprive the kids of the love and attention of any of their parents. Things have started to calm down between the two as both parents found something else to pour their passion into. 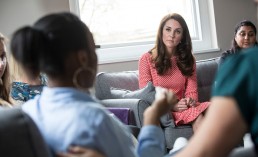 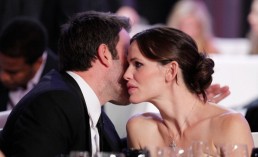 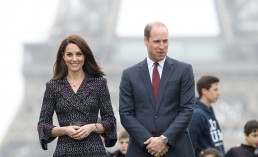