Khloe Kardashian is reporteldy hoping to start a family with boyfriend Tristan Thompson.

According to a new report, Kardashian has gone off birth control about a year into her relationship with the Cleveland Cavaliers player and when it comes to getting pregnant, she could conceive at any moment.

“Khloe isn’t using any contraception, so they’re just seeing where it goes,” an insider told Hollywood Life on July 18. “Khloe would love to have a baby with Tristan, she thinks he has the perfect genes and any child they would have would be absolutely beautiful.”

Although Kardashian, 33, is slightly older than Thompson, 26, the insider claimed that was one of the things that attracted Thompson to her.

Happy bday my love, this picture right here sums up how wild, crazy and how much we love each other. Let's continue to build more memories and cherish them with each other. God bless you, I love you

“Tristan loves that Khloe is older than him, he loves how mature she is, and confident in herself,” the source continued. “He also really appreciates how little drama there is with Khloe, and how much she has her sh*t together. Their relationship is really cool, they communicate really well and rarely fight. They also have a lot in common, and they love working out together—but they also enjoy just chilling too.”

Just last month, Kardashian and Thompson stepped out in Los Angeles for what turned out to be an exciting birthday surprise for the Keeping Up With the Kardashians star.

“Khloe was totally floored by the party, she was blown away and seriously had no idea,” a source told Hollywood Life at the end of last month. “Tristan did good! He went all out, with more than a little help from Kim and Kourtney!”

“Khloe just thought they were going partying, she had no clue it was her party though, and she loved it,” the insider added. 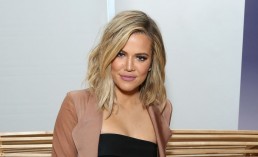 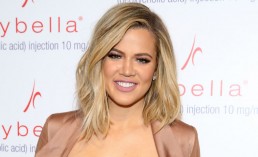 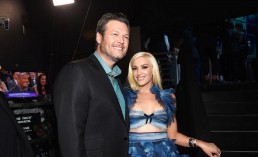 Gwen Stefani And Blake Shelton: He Acts As A Father Figure To Her Kids? [VIDEO]