Samsung and LG both helped the users and consumers across the globe in a new age of smartphone design. The two companies just ditched the old widescreen displays which can be found on the vast majority of smartphones in the market and brought the people their latest flagships namely the Galaxy Note 8 and the LG V30.

After several months, these two companies are not pushing for super-widescreen phones as each of them upgrades the size for their late summer flagships. Phone Arena reported that Samsung just launched its 6.3-inch Galaxy Note 8 and just this week at the IFA 2017, LG also released its 6.0-inch V30. Although the two devices have its respective features, the comparison cannot be avoided.

First, the Galaxy Note 8 and the V30 has so many things in common like the presence of dual cameras, rear fingerprint scanners, and the waterproof construction. But looking at their hardware, this will end up with two different-looking devices.

Though both devices have their fingerprint scanners around back, it looks like the LG V30 is the more successful device in this category. According to Android Authority, the fingerprint scanner of the V30 is located at the center which makes it easier to reach than the Galaxy Note 8's placing of the scanner. Then even if V30's shrunken-down dual camera is liked by many, still there is a little bump there compared to Note 8 which has a seamless dual camera package.

Moving on to the presentation of their screens, the Note 8 and the V30 offer a very sharp quad-HD+ resolution and the two have same rounded corners. But it was claimed that the Samsung Galaxy Note 8 brings that curved-edge business in a new dimension with its over-the-edge screen while the LG V30 ends with a bezel before the appearance of the curve. Despite their differences, still, these two phones are not cheap since they both are considered primary providers of upgraded smartphone experience. 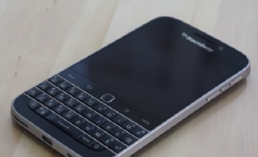 Keyboard-Free Blackberry To Be Launched Soon: Believed To Be The 'Most Secured Android Phone In The World' 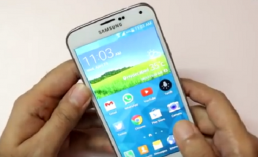