Latest reports confirmed that Samsung is working on a new update for its Samsung Galaxy S5 this August. The reports added that the update for the said smartphone will arrive as version G900FXXS1CQH1 and is weighing around 75MB. Then it was claimed that the update is hitting unit in Europe now.

Aside from the update, GSM Arena reported that the Galaxy S5 will also have some changes like bringing along the security fixes for Android also this August. Besides this device from Samsung, the Galaxy S6 series will also get the latest patch. The S6 active will arrive in version G890AUCS6DQH1, G920AUCS6EQHI for the S6, G925AUCSEQHI for the S6 edge, and G928AUCS4EQH1 for the S6 edge+.

It can be recalled that Samsung just launched its Galaxy Note 8 which marked the return of their high-end smartphones. Even if there was a disastrous issue for the recall of its Note 7 last year due to battery defects, the company made it sure that it will regain its reputation using the Note 8.

Last April 2014, Samsung released the Galaxy S5 smartphone which comes with a 5.10-inch touchscreen display. Moreover, the said device has a resolution of 1080 pixels by 1920 pixels at a PPI of 432 pixels per inch.

Further, Gadgets claimed that this Galaxy S5 is being operated by 1.9 GHz octa-core Exynos Octa 5420 processor plus it features a 2GB of RAM. THE device also packs 16GB of internal storage which can be expanded up to 128 GB using a microSD card.

When it comes to its cameras, the Galaxy S5 provides the user with a 16-megapixel primary camera on its rear and a 2.1-megapixel front shooter great for selfies. It likewise runs an Android 4.4.2 and is supported by a 2800mAh removable battery. The smartphone has a dimension of 142.00 x 72.50 x 8.10 (height x width x thickness) and it has a weight of 145.00 grams.

However, the Samsung Galaxy S5 is a single SIM device which accepts a Micro-SIM. The most significant features of the S5 before it gets this new update are its sensors namely, proximity, ambient light, accelerometer, and gyroscope and barometer. 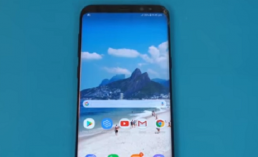