After Angelina Jolie filed for divorce from Brad Pitt last year, she burst a lot of bubbles which included their happy moments and the not-to-be cherished ones. Apart from this, another story which seemed to be the loudest was her playing the offense in their divorce but she ended up on defense in the eye of the public.

When the divorce was announced, E!News reported that some people expected that the proceedings will go smoothly as the former couple was looked up to when they were still together. But that did not happen since there was an unexpected sharp war of words which ensued between Jolie and Pitt with the actress' side wielding the greater sword.

After Jolie filed for divorce from Brad, people immediately looked for reasons and previous reports claimed that what prompted the actress to do it was for the health of the family. In that reason alone, it served up the notion that the actor had major issues and she just let it linger in the public for the people to chew on.

Because of that, it was claimed that Jolie underestimated the public's willingness to forgive Pitt or anything. Even if the actor required forgiveness, in the end, his PR team need not have lost a second of sleep worrying about the reputation of their client which was stained.

However, in the midst of the divorce, Brad was cleared by the FBI of an allegation that he had a physical altercation with their eldest son Maddox while on board a private jet. He was then cleared of any wrongdoing and the blame was suddenly put on Jolie as she allegedly tried to smear Pitt's image and reputation.

As the divorce got messier, according to The Sun, Jolie came off as the one who had purposefully aired the dirty laundry of the family to make Pitt look bad. Jolie's camp even blocked the request of the actor to seal the family court proceedings for their privacy by saying that he was terrified to have the public learn the truth.

But it did not take long and Angelina Jolie agreed to put an extra layer of privacy in the said proceedings and her claim that she is struggling since being single is not something she wanted. Not only that since she and Pitt agreed to a temporary custody arrangement for the sake of their six children. 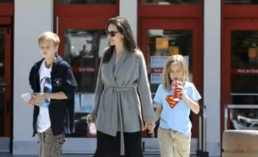