Black Ink Crew: Chicago is going strong as it wraps its third season on VH1. However, the star and owner of the popular 9Mag tattoo shop, Ryan Henry, has opened up about his disappointment in the direction the show has taken.

He started by posting a snapshot of former President Barack Obama, previous First Lady Michelle Obama and Chicago rapper Chance The Rapper together in The Windy City. It looks the snapshot was a wakeup call for Henry. He captioned it and said it caused him to rethink how he is portrayed on the show. He went on to offer up his apologies to his fellow Chicago residents.

This went on today in my city .. Makes me hate what I'm apart of representing my city like a coon on TV. Apologize 2 ppl of Chicago. pic.twitter.com/GJKfY4D2qy

He took things a step further when he headed over to Instagram to elaborate on his thought and explain why he was embarrassed for his actions on the show.

“Yesterday…Please don’t confuse what I feel personally with what you feel as a whole,” wrote Henry. “I owe my city more. For that I apologize.”

He added that he hasn’t been giving up and coming artists, those without a home and those who are not as fortunate as he is, the attention and opportunities he believes they deserve. He went on to speak on why he started his tattoo shop, 9Mag, to begin with.

“I started 9mag with a goal of uplifting everyone around me selflessly. Watched it go to s***. I started a show with the intent to grow everyone I was around and stay united forever. That died. Took on a platform of BS to chane views of my city to outsiders and do natives here justice, now it’s become coonery based on failure, lies and faults.”

He continued and wrote that he no longer wants to participate in spreading that image; especially when it comes to how African American men are portaryed.

He sent an apology to all those he disappointed and vowed that he would improve his actions. He confirmed the photo of Chance and the Obama’s was enough for him to know he needed to use his platform to promote positivity.

“This picture let’s me know I’m not doing enough for my ppl to not have even known about it let alone invited to it if I was on my s***…And I’m not. So here I come. Salute!” 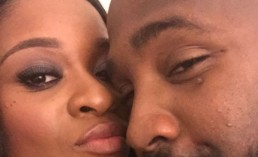 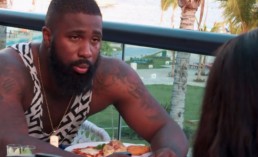 'Black Ink Crew: Chicago' Cast: Don Proposes To Ashley After All Of Their Drama [VIDEO] 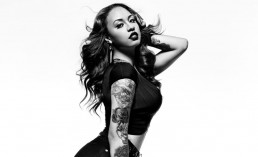