There is no bigger elephant in the New York Public Library than American veteran writer Gay Talese of the NY Times and Esquire.

The tension mounts in the annual Library Lions Gala as he goes on a tirade without regard for any possible public backlash. He calls out one specific actor in mind.

That actor who is told to 'suck it up' is Anthony Rapp. Now 46 years old, Rapp has stepped out to claim sexual harassment when he was only 14 against the recently fired House of Cards actor Kevin Spacey. Eight other victims have now come forward after Rapp's initial allegations.

Talese has expressed that he wants to write about the embattled Spacey, feeling bad for the actor's destroyed Oscar award-winning career and "a lifetime of success and hard work" just because of a 10-minute mistake. The author goes on a litany that goes under the umbrella of the Bible's teachings such as "Judge lest ye be judged" or "He that is without sin among you, cast the first stone" type of sermon.

It seems that the writer has no knowledge of the other accusers and the public's outcry, stemming from such popular social media hashtags such as the #metoo movement. Hollywood producer Harvey Weinstein pretty much flicked the first domino. All the other accused abusers such as film director Brett Ratner and most recently Gossip Girl actor Ed Westwick have all started falling down into a head-spinning domino effect. Nowadays, it gets tougher to keep up with news of who accuses who.

Spacey Kicked Out Of 'House'

In the meantime, Spacey has released statements that he will be seeking treatment and have taken a forced break from acting. Netflix has already pulled the rug out from underneath the actor's 'House' and clearly any support for him is non-existent. Until Talese opened his mouth making a bizarre point about the Dalai Lama, stating his conviction to media executives in the prestigious library gala event.

However, this kind of viewpoint may be considered insensitive to victims of sexual abuse.

Several movements have been popping up all over the web in support of victims. The current hunt for alleged sexual predators within the pillars of Hollywood pedophilia, led by former child star Corey Feldman, has gone to a fever pitch. Considering the damage done when Spacey 'came out' as an excuse for his bad sexual behavior, it seems Talese will not have any support. Under the heading of freedom of speech, the acclaimed and respected author is just simply expressing an opinion. 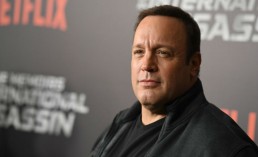