Tyrese Gibson has spent the last few months denying all allegations that he physically abused his daughter, Shayla. The singer temporarily lost custody of his daughter and was ordered to stay away from Shayla until the case was resolved. Gibson took to social media several times to vent his frustrations in having to pay legal fees, lack of support from his friends, and missing having his daughter around.

According to new reports, the singer had the opportunity to spend time with his only child, but apparently hopped on a plane and went to his favorite place, Abu Dhabi.

The singer posted on social media that he needed a 'break' from 'America and the blogs'.

Gibson was reportedly supposed to see his daughter on last Saturday and again on Monday with a court monitor present. Gibson's ex-wife's attorney, Aleen Khanjian, wasted no time in giving a statement regarding the situation.

"We were disappointed to learn that Mr. Gibson won't be exercising some of the visits with his daughter that we offered him for the next week. Wherever he is, we hope he's getting the help he needs to be the father Shayla truly deserves," Khanjian reported.

Meanwhile, a lot of people are beginning to question the state of Gibson's mentality. In addition to the on-going feud with his ex-wife, Norma, Gibson was also verbally attacking his co-star, Dwayne 'The Rock' Johnson, repeatedly on social media. Gibson was apparently upset that Johnson took a deal to star in a Fast and Furious spin-off about his character, Luke Hobbs, which set back the date for the ninth Fast and Furious installment to be released. The Shame singer recently stated that the 'feud' between himself and Johnson has subsided — for now — after speaking to one of his representatives.

Gibson also claimed that actors Will Smith and Jada Pinkett-Smith lent him $5 million dollars to help the singer stay afloat since he's been having a hard time financially due to legal fees. A rep for the Smiths stated that they did not give the singer any money and are concerned about his mental health.

While some may think Gibson is suffering from sort of mental break down, others think that he's just in over his head.

Power 105 host Charlamagne Tha God, recently stated that he doesn't think Gibson is suffering from anything at all, he's just a victim of running his mouth.

Gibson hasn't responded to any of the claims that he does not want to visit his daughter. He's expected to arrive back in court on Nov. 14. 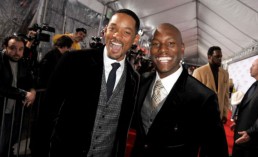 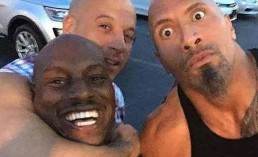 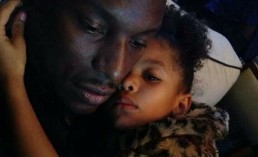