Mushrooms may have unusually high levels of two antioxidants that some experts suggest could have a hand in fighting aging and bolstering health, report a team of researchers from Penn State.

In a study published in Food Chemistry, the researchers detail their discovery that mushrooms contain high amounts of glutathione and ergothioneine and that how much of the compounds are there varied greatly among species of mushrooms.

"What we found is that, without a doubt, mushrooms are highest dietary source of these two antioxidants taken together, and that some types are really packed with both of them," said Robert Beelman, food science professor emeritus and Penn State Center for Plant and Mushroom Products for Health director.

The Free Radical Theory Of Aging

According to Beelman, there's a theory that's been around for a long time saying that oxidative stress is a by-product of food being broken down in the body to create energy. This results in the release of free radicals, oxygen atoms with unpaired electrons. As these highly reactive atoms make their way around the body, they seek other electrons to pair up with, causing damage as they go.

The body has a natural way of controlling free radicals, but eventually, enough gather to cause damage that has been associated with aging-related diseases like cancer, Alzheimer's, and coronary heart disease. Replenishing antioxidants greatly helps in keeping free radicals at bay and protecting the body against oxidative stress.

The researchers report that not only are mushrooms high in glutathione and ergothioneine but the wild variety porcini has the most amount of the two compounds among 13 tested species. Porcini is popular in Italy so much so that people look for the mushroom species as a pastime.

The more common variety, white button mushrooms, contain less glutathione and ergothioneine but are still the best source compared to other kinds of food. Thankfully, cooking doesn't seem to dramatically affect the levels of the compounds in the mushrooms.

Beelman said future research may want to focus on the role that glutathione and ergothioneine may have in reducing chances of neurodegenerative diseases. It's preliminary but there is evidence of countries with diets high in ergothioneine as having fewer cases of Alzheimer's or Parkinson's, although it's not clear if the relationship is causative or a correlation. Still, it's worth exploring because the difference in diets is a level of the compound equivalent to eating five button mushrooms a day. 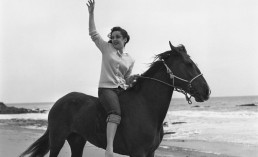