Prince Harry and Meghan Markle have officially announced their engagement on Monday, Nov. 27. A confirmation was released by the palace via a statement on Twitter.

The Prince of Wales is delighted to announce the engagement of Prince Harry to Ms. Meghan Markle. pic.twitter.com/zdaHR4mcY6

It has also been revealed that Prince Harry and Markle will tie the knot in the spring of next year. The couple will be residing in Nottingham Cottage at Kensington Palace. The royalty proposed to his girlfriend earlier this month and have also asked for Markle's parents' approval.

Markle's parents expressed their excitement over their daughter's upcoming wedding to Prince Harry.

"To see her union with Harry, who shares the same qualities, is a source of great joy for us as parents," said Thomas Markle and Doria Ragland.

Last month, Markle met Prince Harry's grandmother, Queen Elizbeth II, for the first time. The USA TV Network star had tea with the royalty. At that time, reports swirled that Prince Harry introduced Markle to the queen because he planned to propose to his girlfriend soon.

In recent weeks, there have also been speculations that Prince Harry and Markle are already engaged. However, until the palace releases an official statement, everything could only be regarded as hearsay.

A similar thing happened with Prince William and Kate Middleton. The couple has already been engaged for a month before the palace made the official announcement.

Meanwhile, Markle has decided to exit her TV show, Suits, after seven seasons. The actress recently relocated to London, where she's currently living in her own apartment. Markle's move to England also resulted in more speculations that she and her boyfriend will soon be engaged.

Prince Harry and Markle made their first public appearance at the Invictus Games in Toronto, Canada in September. However, Markle confirmed that she and Prince Harry have already been dating for over a year. The actress said that they were already on their sixth month of dating when the press found out that they were an item.

"We're two people who are really happy and in love. We were very quietly dating for about six months before it became news, and I was working during that whole time, and the only thing that changed was people's perception. Nothing about me changed," said Markle.

As of late, no other details about Prince Harry and Markle's nuptials have been released, but it's possible that they will tie the knot after Middleton gives birth to her baby. The soon-to-be mom of three is expected to give birth in April. 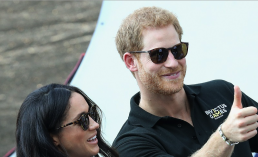 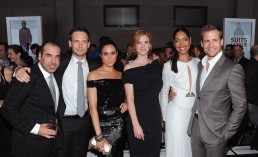 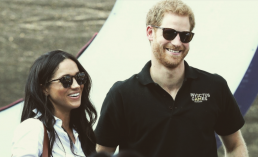