The music world was rocked when allegations against former Backstreet Boy member, Nick Carter, surfaced from former pop singer, Melissa Schuman. Schuman claimed that Carter raped her back in the early 2000s when she was just 18 years old. Schuman, who is now happily married with a son, came forth with her allegations in a detailed post on her blog, Melissa Explains it All.

In her post, Schuman recounted that she and Carter knew each during the height of their individual careers. They were suggested to date by their managers but never officially engaged in a relationship. After being a cast in a film together a few years later, Schuman claimed that Carter invited her back to his apartment where he forced the actress to perform oral sex on him and then raped her in his bedroom.

Schuman paid a visit to the Dr. Oz Show on, Nov. 30, 2017, where she spoke on her allegations against Carter and why she chose to wait so long to come forward.

Schuman Explains It All

During an interview with Dr. Oz, Schuman tackles this issue of sexual harassment that has been plaguing the industry and why she felt the need to come forward with her own story.

"I'd actually confided in my manager at that time about pressing charges. And I was told that (Carter) had the most powerful litigator in the country and that I didn't have the money to pay for an attorney to essentially defend me, if he were to come after me," she stated.

She further elaborated that she was still building a name for herself at the time and her manager didn't want her to look 'fame hungry'.

Dr. Oz asked the 33-year-old former singer what she would like to say to Carter, which she simply responded, 'I forgive you'.

"I don't want anything from you. I wish you only the best. I don't want your money. I didn't do this to hurt you or your family. I did this for me, because I needed this healing. and I also came forward because I want to inspire other victims, other people who have been assaulted, to come forward and know that they have a voice."

Schuman isn't the first woman to speak against a man in the entertainment industry. Other celebrity women such as Rose McGowan, Angelina Jolie, and Ashley Judd claim that they have either been raped or harassed by a man in power. At the time of the alleged assaults, many of victims felt that no one would believe their stories and are now using their voices to demand justice for what they experienced.

Carter has denied the allegation from Schuman and also stated that he was deeply 'shocked and saddened' by her claims. 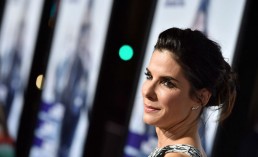 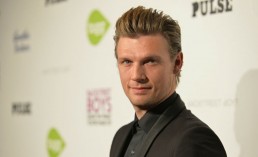 Nick Carter Is Being Accused Of Raping A Former Popstar 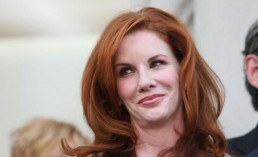